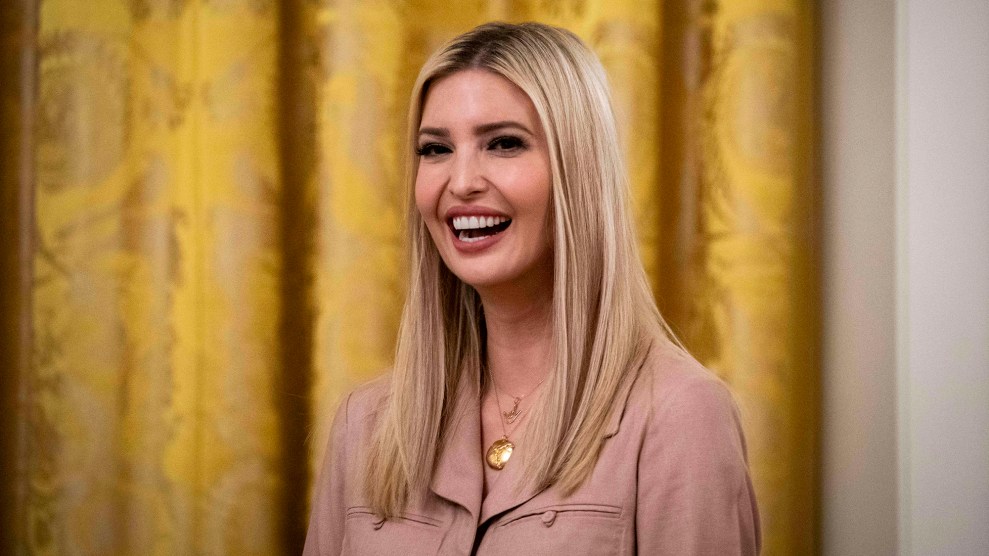 A personal assistant to Ivanka Trump tested positive for COVID-19, CNN reported Friday, the third revelation this week of a White House staffer having tested positive.

On Thursday news broke that one of President Trump’s personal valets had tested positive, and then on Friday Trump announced that Katie Miller—press secretary for Vice President Mike Pence and the wife of Trump senior adviser Stephen Miller—had also tested positive.

Ivanka Trump’s personal assistant has been teleworking and not around her in several weeks, a source told CNN.

Trump has repeatedly downplayed the importance of testing, even as he was reportedly angry about his valet’s diagnosis and as the president has said White House staff will now be tested daily.

After Trump’s valet tested positive he said the situation “shows you the fallacy—what I’ve been saying, testing is not a perfect art. No matter what you do, testing is not a perfect art.” The New York Times notes that neither Trump nor Pence regularly wears a mask, and neither do most of their aides. As part of her job, Miller regularly interacts with senior White House officials and members of the press. The day before her diagnosis became public a photo showed her talking with reporters without a mask.

Trump aides told the Times the president doesn’t need to wear a mask because he’s regularly tested, but “privately they acknowledge that he has expressed concern that it would make him look bad.”