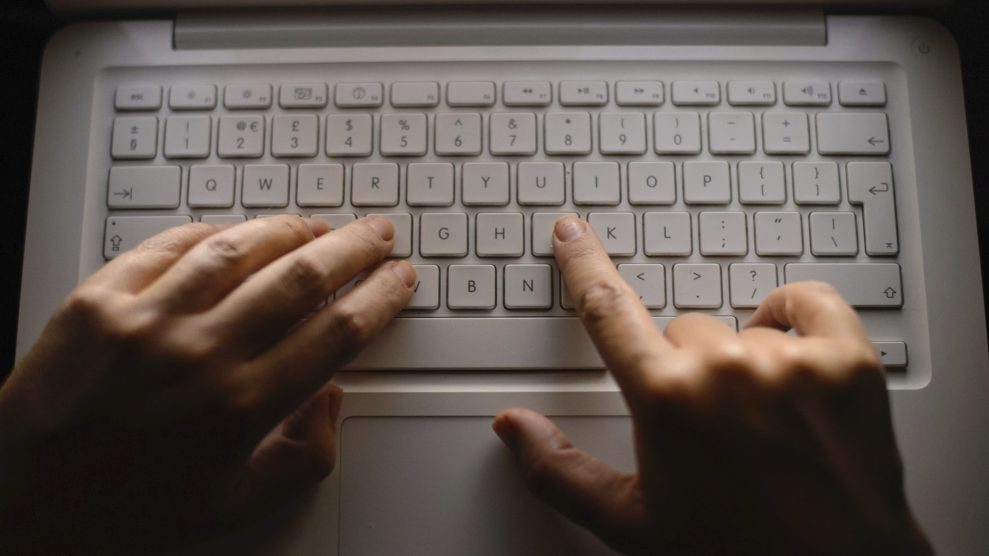 As she sat on her couch in her house, alone, sick with COVID-19, an unwelcome series of thoughts crept into Erica Bial’s mind. If I die here, she wondered, who would ever notice? How long would the neighbor’s cat take to find me? Bial, a doctor living in Massachusetts, works at Lahey Hospitals northwest of Boston. She was two weeks into her self-imposed isolation with the disease, when it took a turn for the worse on her 45th birthday. “I had been—I thought—getting better,” she said.

Then came the seizure, the shortness of breath, and the feeling of being even more isolated as her symptoms became more serious. Bial, who doesn’t have children and had been furloughed from work, was severed from her usual supportive networks. Fear of infecting her colleagues prevented her from going to the hospital as a patient. “I probably have never gone that long without seeing someone,” she said. “It’s harder on the body than you think.”

After nearly seven weeks, she recovered. But during her illness, she couldn’t shake the question: “If I die alone, who ever will remember that this happened to me, or know why?” Where would she—and other physicians locked in the fight against the disease—be memorialized if they died? She saw no options, so in early April she created a Facebook page that she called COVID-19 Physicians’ Memorial.

The premise was simple: Create a community of mourning by running a record of announcements about the deaths of US physicians from the coronavirus. A digital graveyard, group-sourced by members of the medical community and close readers of the obituary section. Bial launched the page, informing friends and colleagues. Soon, doctors, next of kin, spouses, patients, random people, reached out to her with requests to share the passing of these physicians. “Within two weeks, it had gone from word of mouth thing with some colleagues and friends to several thousand people,” she said.

“Within two weeks, it had gone from word of mouth thing with some colleagues and friends to several thousand people.”

The page now has expanded to include about 200 stories. The page testifies to the threat COVID-19 poses to everyone exposed. Herbert Henderson Jr., a medical examiner in Carroll County, South Carolina, was 56 when he died. “So young,” one commenter observed. Another physician who appears on the page, Priya Khanna, who worked at Clara Maass Medical Center in New Jersey, was only 43 when she died in April. Not long after, her father,  Satyender Khanna, a doctor at the same hospital also died from the virus. “What a blow to family and healthcare,” someone wrote. Another observed, “This hurts my heart. Looks so much like my family, could easily be us.” A third simply commented, “Heartache.”

Like the elder Dr. Khanna, many of the physicians memorialized were in their 70s and older. Jennifer Weiss, who is an orthopedic surgeon at Kaiser Permanente Los Angeles Medical Center, contributed two posts to the page: cardiologist Dr. Lawrence Glassberg and retired orthopedic surgeon Dr. Morton Farber. In the caption of Dr. Glassberg’s post, Dr. Weiss wrote, “My cousin was a gentle listener. He inspired me to be a better doctor.” As for Dr. Farber, Weiss recalled his “booming laugh and a comforting presence as a doctor and as a friend.” Both men practiced well into their 80s before they died. “They loved being doctors more than anything on the planet,” Dr. Weiss told me. “My cousin continued to go to work happily in his 80s, knowing he was risking himself.”

Like every other post on the COVID-19 Physicians Memorial, the stories of Dr. Glassberg and Dr. Farber inspired numerous messages of support from well wishers, and anecdotes from former colleagues and patients. “I actually recycled back to their families with these stories,” Weiss said. ‘They’d never have received [them] otherwise.”

Hannah Kotch, a radiologist in New Jersey, was at home in quarantine after COVID-19 exposure when she learned that one of her mentors from her residency at New York’s Mount Sinai Beth Israel Hospital, 62-year-old Dr. Mitch Horowitz, had died of COVID-19. “He died in a horrible and fast way,” she said. “It happened very quickly. He’d just gotten married.” Dr. Kotch had heard about Horowitz’s death through professional social circles. He’d been an excellent teacher and well-respected amongst colleagues, but given the remarkable number of deaths due to COVID-19, she was concerned that his passing was not noticed. “The television just isn’t covering individuals that often, so we rely on word of mouth,” she said. “For me, it was just sharing it with the people who might want to know. I do appreciate that there’s some place where there’s a record—how else are we going to remember this?”

“I do appreciate that there’s some place where there’s a record—how else are we going to remember this?”

COVID-19 Physicians Memorial is the only online memorial for physicians, but similar sites for other groups have proliferated across social media. For example, one Twitter account, US Healthcare Workers Lost to COVID-19, maintains a running thread of health care workers, from lab technicians and hospital orderlies to nurse practitioners and physicians, who’ve died from the virus. Claire Rezba, a physician in Virginia who runs the thread and also helps to administer Bial’s page, told me she’s seen memorial groups of all kinds appear. “There are even nation-specific immigrant pages,” she said, groups devoted to a specific diaspora in the US, such as Honoring Guyanese Lost to Coronavirus.

Social media has been a venue to grieve and honor loved ones who have died since the first days of Facebook in the early 2000’s. But today, social distancing has made the familiar rituals accompanying death impossible, even as mortality rates from the pandemic skyrocket. Facebook and Twitter have become even more important as places for mourners to gather. “There’s so much unknown and new about this experience,” said Erin Hope Thompson, a clinical psychologist and founder of The Loss Foundation, a UK-based organization that offers support to those who’ve lost love ones to cancer—and now COVID-19. Navigating grief, already an unfamiliar experience for many, becomes even more fraught without the reassurance of familiar rituals. “If you’re not able to do that in the same way, maybe there’s the need to do it in a different way” she said. “And these Facebook pages may be a good example of that.”

Facebook’s comment section is unlikely to provide the necessary support for those who must cope with catastrophic loss, and Thompson worries that over-reliance on it could deprive mourners of something integral to emotional processing along the way. “We’d encourage people to have lots of different kinds of outlets, speaking to somebody—professionally or non-professionally—writing, crying,” she said. “Would I be worried if somebody was just using social media? In the long run, Yes.” Then there are the all the other potential problems with the platform. “It’s a place where people can abuse anonymity,” she said. “There’s a possibility that somebody would be sharing vulnerability in a space that’s not always monitored.”

For Dr. Bial, her work on the Physician’s Memorial became a blessing and a burden. Even after returning to work, she was spending considerable time poring over death in obituaries, or—as her role shifted from poster to administrator—policing the site for inappropriate, accusatory, political, overly-religious or, in one case, sexually explicit comments. As the page expanded, she met Claire in Maryland, who offered to help administer it and cross share posts from her own Twitter thread.

They became mutual sources of support in the grim tasks they set out for themselves. “There are some nights where I spent a couple hours at night looking for names—that’s not great for your mental health,” Claire told me. “It’s not something most people want talk about, but something I’ve been interested in. It’s nice to have [Erica] taking on the same thing.”

Eventually the COVID-19 pandemic will end, but not before hundreds, perhaps thousands, of other physicians will have died. But when there is a vaccine, and schools and life return to normal, the digital meeting places that host conversations on death, like Claire’s and Bial’s, will remain—not only as a public record of the human costs of the disease, but also as a new form of acknowledging,  even celebrating, the lives of those who have died. With physical gatherings removed from the equation, there is nowhere else.