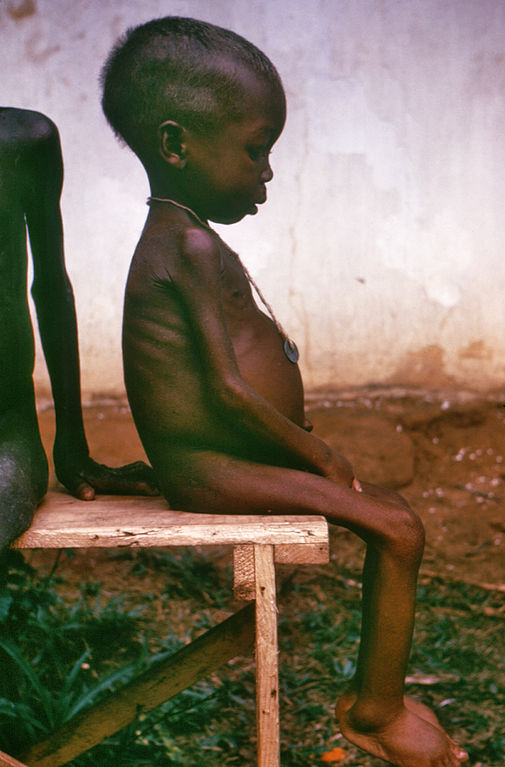 In the early 2000s, malnutrition got a squishy new peanut-flavored enemy. Kids fed a calorie-rich paste of peanuts, sugar, milk, and the whole alphabet of vitamins and minerals recovered at rates nearly twice that for previous treatments. However, some 15 percent of the severely malnourished children still didn’t recover on the ready-to-use therapeutic food (RUTF), puzzling and frustrating doctors. A pair of studies in Malawi recently published in the New England Journal of Medicine and Science suggest a clue: bacteria living in the kids’ guts.

The first study, led by peanut-based food therapy pioneer Mark Manary, found that antibiotics plus RUTF cut mortality among severely malnourished children by 36 to 44 percent compared to RUTF alone. The WHO is now planning to recommend wider antibiotic use for malnutrition, which kills a million kids each year.

“We were completely shocked,” says the study’s first author Indi Trehan. The researchers initially thought their study would prove cutting antibiotics saves money. The antibiotics were a holdover from the old milk-based malnutrition therapy that required kids to spend weeks in the hospital, which left them susceptible to hospital-acquired infections. RUTF, on the other hand, comes in packets easily distributed at home and should have eliminated that problem.

Why antibiotics helped these kids is still unknown. Trehan says it may ease chronic infections  in these malnourished and immunodeficient kids. In addition, the intestinal linings of malnourished children break down, so bacteria normally harmless in the gut enter the bloodstream and cause trouble. Antibiotics could help those infections. 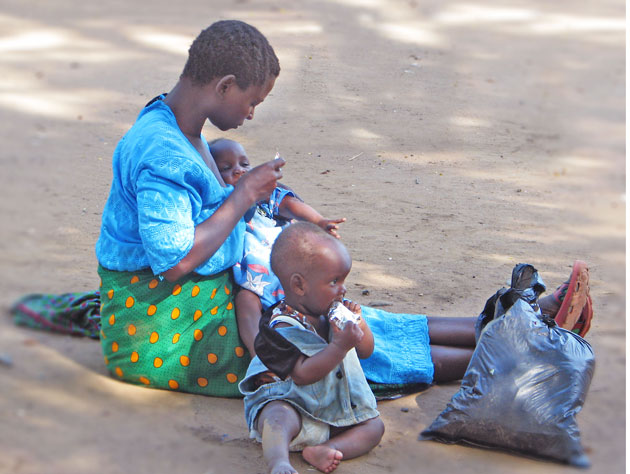 A second study in Science suggests that imbalance in the gut microbiome causes kwashiorkor, an extreme form of malnutrition characterized by swelling. Identical twins could eat the same diet, the authors puzzled, but only one would have the bloated belly associated with kwashiorkor. So they looked at 13 discordant twin pairs in Malawi and found their gut microbes were markedly different. RUTF helped in the short term, but the kids with kwashiorkor reverted to abnormal microbiota at the end of treatment. And over time, the microbiota of kids with kwashiorkor didn’t mature like their twins’—a finding that suggests kwashiorkor is a permanent condition.

Back in St. Louis, Washington University professor Jeffrey Gordon transplanted the Malawi twins’ gut bacteria into sterile mice, a technique he’s used before to study links between the gut microbiome and obesity (PDF). These mice were then fed either a protein-poor Malawian diet or regular chow. Only the mice with both kwashiorkor microbiota and Malawian diets lost significant weight. This suggests that RUTF longer than the normal nine weeks may help correct the bacterial imbalance. An additional set of experiments looking at metabolites in mice urine and feces found that kwashiorkor microbiota messes with proper nutrient absorption.

This study solves some of the mystery of kwashiorkor and points toward a possible cure. “If you think of the microbiota as an organ, then repair requires microbes that can fill different ‘professions,'” says Gordon. Thus, in addition to longer RUTF, treatment could directly target the bacteria, either in the form of probiotics to replace a missing microbe or a fecal transplant that repopulates the entire community.

In light of what we know about the opposite problem, obesity, it makes perfect sense that antibiotics and the gut microbiome play a role in starvation. Obese mice (and humans) have altered microbial communities compared to their normal counterparts. And antibiotics in early childhood has been linked to higher body mass.

The antibiotics study may also echo the process that of fattening up animals with regular doses of antibiotics (which my colleague Tom Philpott wrote about here), but Trehan cautions lumping against them together in one biological mechanism. The kids are given only one dose of antibiotics, rather than continual doses over a whole lifetime. This also mitigates the problem of resistance, as the antibiotics are selectively doled out to malnourished kids rather than everyone in a particular town. “I spend half my time telling people to stop taking antibiotics as a pediatric fellow [in the US],” says Trehan, but “in an underfunded healthcare system, access to antibiotics is pretty rare.”

Trehan’s comment highlights the obvious gulf between healthcare in Malawi and St. Louis. The microbiome is one of the hottest areas in biomedicine right now, but research about its disease implications has focused on decidedly First World problems like obesity, high blood pressure, and autoimmune disorders. An age-old and seemingly simple problem like malnourishment can benefit from cutting-edge science, too.