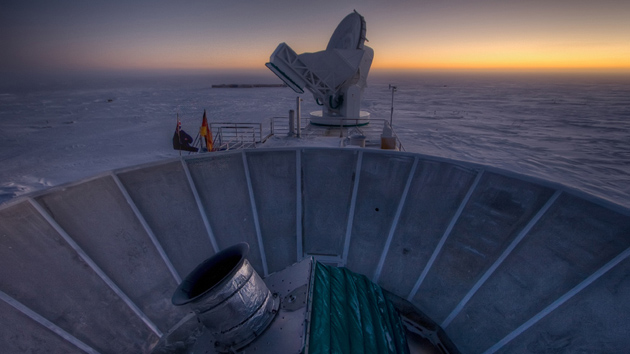 We all heard the cosmos-stretching news this week. On Monday, a team of researchers working with a special telescope at the South Pole confirmed that they had observed evidence of “inflation,” the sudden and rapid expansion of the universe that occurred in an unimaginably small slice of time just after the Big Bang, the beginning of space and time some 13.8 billion years ago. The researchers achieved this feat by examining what is known as the cosmic microwave background or CMB, which has been called the “residual heat of creation.” It is a light glow that suffuses the universe and that is nearly as old as the Big Bang itself—its leftover radiation and, you might say, its signature.

The truth, though, is that for most of us, this talk of “inflation”—which quickly gets even more complicated, with phrases like “gravitational waves” and “polarized light” getting thrown around—can seem pretty intimidating. “There go those physicists with their big brains and their five sigmas,” we think to ourselves, “talking about things the rest of us will never understand.”

But maybe that’s the wrong way to look at it. If we don’t really understand the stunning insights of modern astrophysics and cosmology, perhaps it’s just because nobody has explained them to us well enough—yet. There are science communicators out there who are more than up to the task, however, and one of them is Slate blogger and self-described “bad astronomer” Phil Plait. 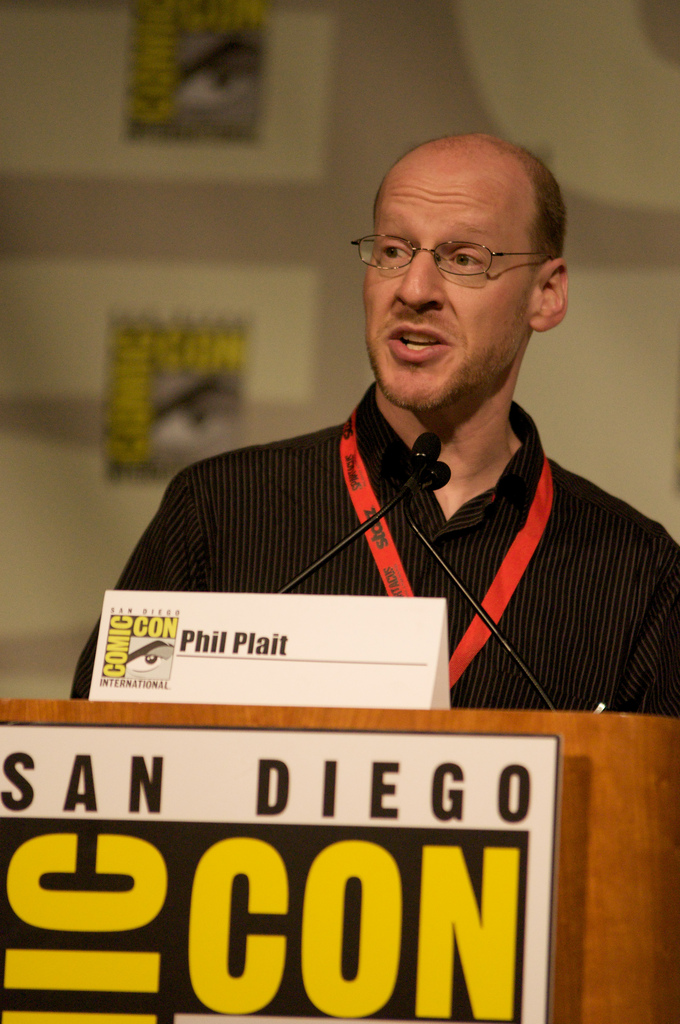 “The event we’re talking about—this inflation, that lasted for the tiniest fraction of a second—it’s not that we’re seeing that itself,” explains Plait on this week’s episode of the Inquiring Minds podcast (stream above). “We are seeing the imprint it left on the light that was surrounding it. That’s what we’ve detected. It’s like seeing a footprint in the sand, or a thumbprint on a piece of glass.” Yup, that’s right: You might say that at its very origins, the universe in effect left us a message. We’re just now able to decipher it.

On Inquiring Minds, Plait explained pretty much everything you could possibly want to know about this new finding—and he did so in language that makes perfect sense to ordinary Homo sapiens! From the interview, then, here are answers to some of the top questions you might have about “inflation” and the discovery, made in lonely Antarctica, that has so dramatically increased our understanding of…everything. (To read Plait’s own Slate article about the new finding, see here.)

What is the cosmic microwave background, or CMB? To understand what scientists in Antarctica were even looking it, you first have to understand, as Plait explains, that “telescopes are time machines.” In effect, by looking to the skies, we are looking back in time. The reason is simple: Light travels at a finite speed, so light generated very far away takes a long time to get to us. “So the farther away we see something,” says Plait, “the further back in time we’re looking.”

The cosmic microwave background radiation, then, is simply very, very, very old light, left over from the Big Bang. We’ve known about the CMB for a long time: It was accidentally discovered in 1965, a finding that ultimately led to a Nobel Prize in physics. Scientists have mapped the CMB like this:

“We’re surrounded by this background glow, this leftover heat from the Big Bang itself,” explains Plait. The universe was very different back when this light was created, however, and as a result, the cosmic microwave background itself has “the imprint of earlier times on it,” says Plait. “That’s what this big discovery is.”

What, exactly, were scientists able to detect about the radiation? For a long time, scientists have hypothesized that during the briefest period of time immediately after the Big Bang—beginning at “10 to the minus 35 seconds after it was born,” explains Plait—the universe exploded in size. It underwent a rapid expansion dubbed “inflation.” The theory that this inflation occurred was based on a number of inferences about the universe, such as its relative smoothness, suggesting it had been, in effect, evenly stretched. But scientists had no direct observational evidence of inflation…until now.

Within the cosmic microwave background radiation, scientists have now detected proof of inflation. It left its imprint on the light itself, changing the very way in which it moves through space. “This type of polarization that we’re talking about is actually a twisting, a curling of the light,” says Plait. That curling, in turn, provides evidence of so-called “gravitational waves” generated by the early universe’s inflation. What are gravitational waves? “Literally an expansion and contraction of space itself,” says Plait, “kind of like a wave moving down a slinky.” They were predicted by the scientific theorists who originally came up with the idea of inflation (like Stanford professor Andrei Linde, seen in this viral video receiving the news about the new finding), and now, that prediction has been verified. 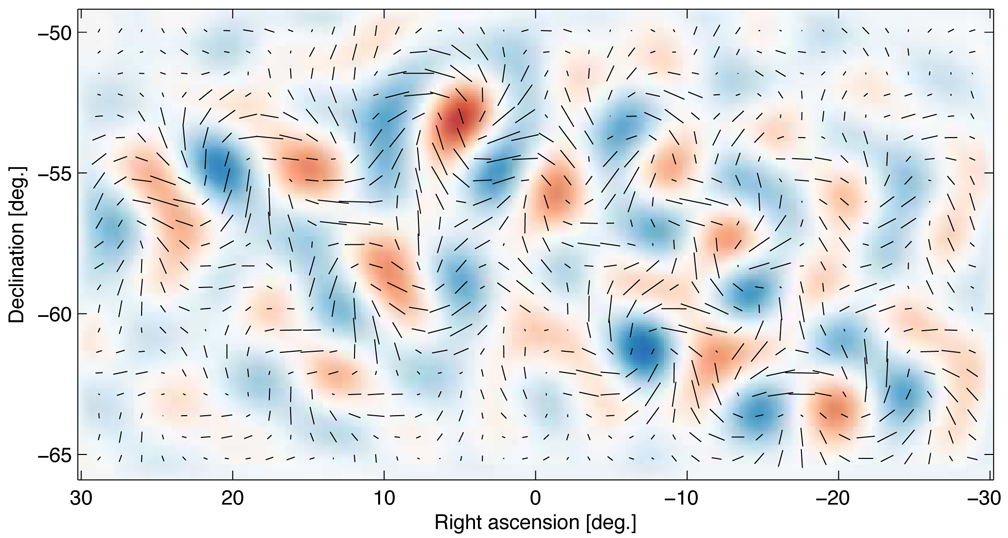 The curling of light observed by researchers in Antarctica, providing evidence of gravitational waves BICEP2 Collaboration

And inflation? That’s what happened right afterward. “It’s a key moment in the universe,” says Plait, “because this inflation that happened expanded the universe hugely. The universe was probably pretty lumpy, right before this. There were clumps of matter, clumps of energy in some places, and big voids in other places. And what inflation did is spread the universe out so rapidly that it got very, very smooth.”

Why does this stuff make my head hurt? A better question might be, why would you expect it to be otherwise? “The universe is under no obligation to be simple to us,” jokes Plait.

More seriously, these concepts are difficult because our brains did not develop to deal with them. “We are—stop me if you’ve heard this before—barely evolved apes, and we’re used to conditions that are slow-moving and local,” says Plait. “We’ve evolved to inhabit a planet where we don’t have to deal with the speed of light too much. We don’t have to deal with things that are 13.8 billion years old very much. And we’ve only recently developed the math and the science to be able to handle this sort of thing.”

I’ve heard this helps bring back together those old rivals, quantum mechanics and relativity. What’s up with that? Modern physics has two major theories that, in Plait’s words, don’t “play together well.” Quantum mechanics is, basically, the theory of very small things: On the subatomic scale, it works very nicely. Relativity, meanwhile, describes “gravity, and mass, and time, and how they interact on scales where things are moving very rapidly, or where gravity is very intense,” says Plait. There it, too, works very nicely.

The fact that the two theories don’t always work together very well hasn’t prompted scientists to toss out either of them. Rather, they’ve been looking for a way to reconcile them. And the new discovery points in that direction: Inflation is rooted in quantum mechanics, but the gravitational waves that it generated are the stuff of relativity. “Inflation occurred because of quantum mechanics,” says Plait, and “the gravitational waves occurred because of relativity, which means that relativity and quantum mechanics are connected somehow, way back then when the universe was 10 to the minus 33 seconds years old.”

You can bet that right now, the smartest minds in the universe already have embarked on trying to understand that connection. A fascinating pathway towards new insights just opened up, for those who are able to glimpse it—and someday, we can count on understanding even more than we do now. 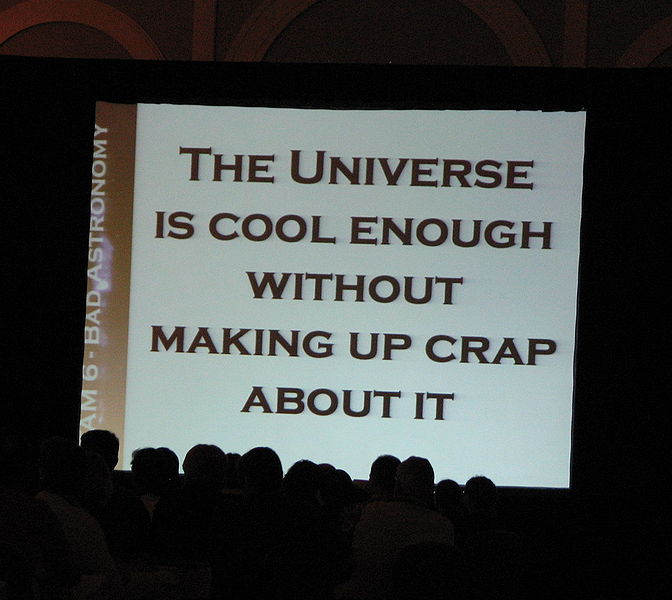 What does this say about our understanding of the universe? Already, people are talking about Nobel Prizes getting awarded for the new discovery. It’s big stuff. But we shouldn’t go too far, too fast: Plait emphasizes that as with all things in science, we do need independent confirmation of the current research.

Meanwhile, in the context of all our knowledge, Plait describes the new result as akin to finding out where to fit a new piece in a vast puzzle—the universe.

“It really is like a jigsaw puzzle,” he says. “You have a lot of individual pieces. Some individual pieces have distinctive characteristics on them and some don’t. And as you put them together, you start to see the overall picture. And even before it’s completed, you can look at it and say, ‘Oh, it’s a waterfall,’ or something like that.

In other words, it’s a great time to be trying to understand the universe.

For the full Inquiring Minds interview with Phil Plait, you can stream live here:

This episode of Inquiring Minds, a podcast hosted by neuroscientist and musician Indre Viskontas and best-selling author Chris Mooney, also features a discussion of troubling new research on the melting of Greenland, and on whether or not basketball players actually get “hot,” statistically speaking, becoming more likely to make future shots if they have already made several shots in a row.