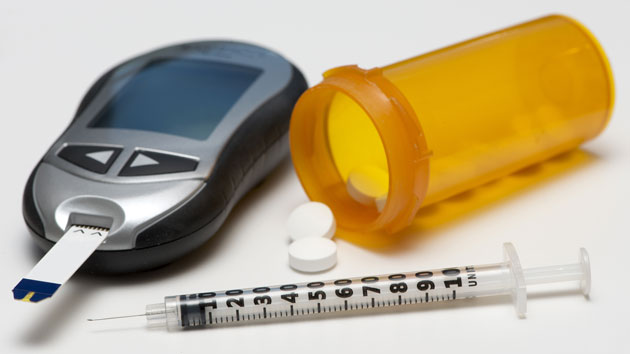 The good news: According to a study published Wednesday in the Lancet Diabetes and Endocrinology, American children diagnosed with diabetes can now expect to live more than 70 years with the disease. The bad news: Black and Hispanic individuals have about a 50 percent chance of developing diabetes over the course of their lifetimes, and Americans overall have a 40 percent chance. The authors of the study, epidemiologists at the Centers for Disease Control and Prevention, used mortality data of nearly 600,000 Americans from 1985 to 2011 to determine the risk that Americans face of developing type 1 or type 2 diabetes, categorized by race.

The results revealed a substantial difference in risk levels between races. Dr. Edward Gregg, the lead author of the study, said that researchers analyzed race because that was the data available, but “socioeconomic status is probably as important as race, if not more important.”

The study also revealed a rise in diabetes risk overall between 1985 and 2011. That increase was “the main thing that surprised us,” Gregg said. In 1985, American boys had a 21 percent chance of developing diabetes, and girls had a 27 percent risk. By 2011, that risk had jumped to 40 percent for both boys and girls. This risk was partly (and somewhat counterintuitively) due to the fact that people are living longer, meaning a person has more years during which he or she could develop diabetes.

This is the first study in more than a decade to calculate the lifetime risk that Americans face of developing diabetes, but the CDC has been tracking the prevalence of the disease and the rate of new cases for years. They’ve found that rates often correlate with how far you got in school and where you live:

The Lancet study didn’t analyze causes for the various risk levels, but Gregg said that decreasing risk levels for type 2 diabetes would primarily involve the things you’d expect: “having more healthy food options, having more information about what we eat and what sorts of foods we eat are healthy,” and “having more options to be physically active.”