After the Deepwater Horizon oil drilling platform exploded in April 2010, killing 11 workers and sending roughly five million barrels of oil gushing into the Gulf of Mexico, much of the media coverage featured sludge-covered seabirds, empty shrimp baskets, and other environmental impacts. But for Doug Brown, the catastrophe was even more immediate. He was the rig’s chief engineer, standing in the control room when a deafening blast sent him flying and turned his workplace into a fiery, oil-soaked hell.

In The Great Invisible, a documentary about the blowout and its aftermath that premieres today in Los Angeles and New York, Brown breaks into tears as he recalls the “incoherent screamings of pain” of his coworkers: “I saw men completely lose control.”

This virtually untold side of the Deepwater Horizon story emerges from a melange of archival footage (including home videos shot onboard the rig) and original interviews with rig workers and family members of men who died in the disaster. They speak of pride at working on one of the world’s most advanced drilling rigs, terror at the explosion, and the post-traumatic stress and guilt that still haunt them.

Above all, they tell of their betrayal by Transocean, the rig’s owner, and BP, its operator—companies to which they gave their best years, and which they now blame for systematically walking back basic precautions in the months preceding the explosion. The film is equally critical of the federal government, which has resumed selling offshore drilling leases while offering no new rig-safety regulations.

The Great Invisible also paints a vivid portrait of life in the bayou fishing communities where filmmaker Margaret Brown (no relation to Doug) grew up—communities still reeling four years after the spill. I spoke with Brown about producing a film that is as much an exploration of America’s love-hate relationship with the oil industry as it is a critique of a few miscreant companies—and about how she encouraged her emotionally scarred central characters to speak out for the first time.

Climate Desk: You grew up in southern Alabama. How did your own background affect your filmmaking approach?

Margaret Brown: That’s pretty much why I made the film. My dad was sending me pictures of his house with the orange oil booms they put out during the spill. It was weird to see your home surrounded by the booms. It was really emotional. And then I started talking to people in the area, and everyone was super depressed. It’s not like a hurricane where people know how to respond. In a hurricane, there’s a drill if you grow up down there. With this, nobody knew what to do. There was a lot of uncertainty and depression. And that was what I responded to. 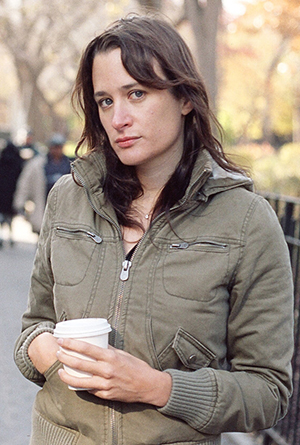 When we first went down there, there were so many cameras on the beach for like two or three months. And then it went away. I was curious about what would happen when all the other cameras left—when that image went off the news of the plume of oil leaking. The minute that was gone, all the reporters were gone. I stayed four years. I was curious what it would be like to make a film about something everyone knows about. How do you make that novel and fresh?

The film changed. It started with me wanting me to make something about where I grew up, and turned into something about the larger question of how Americans relate to petroleum. I wanted to see if I could make something personal, but also where people can watch it and understand a little more about what happens when we fill up our car. Hopefully people would have the same kind of thought process that I did, learning about how deeply entrenched the government is, how it makes so much money off offshore leases—which is probably a big answer to why things aren’t changing.

CD: Which of your initial assumptions were challenged or changed as you made the film?

MB: I think just the scope of what we talk about when we talk about oil production in the Gulf of Mexico. And after watching all the grandstanding in Congress, I really did think something might change in terms of safety regulations. Maybe that’s naïve. But this is the first major oil spill where something hasn’t changed. It made me a little more cynical.

But I think it’s a timely moment. People are realizing [climate change] is real in a way they didn’t 10 years ago. I think the film is part of the conversation, but it’s not the answer. I think people see it in a really simple way, like it’s either “Boycott BP!” or “Drill baby drill!” There’s no real understanding of the huge expanse in between, and that’s frustrating to me. We are all connected to what BP is giving us.

The spill happened, and then nothing happened. I hope the film can address why nothing happened, and I think a lot of that is Congress. But also that, the minute it got off the news, people stopped thinking about. It seemed like, “Okay, they capped it. It’s gone.” But actually, there are no new safety regulations. It’s not gone. 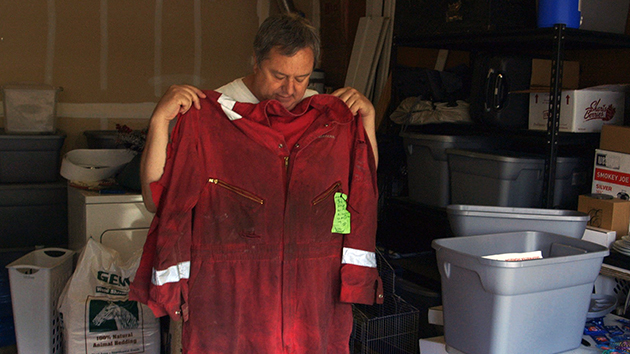 Doug Brown was chief engineer on the Deepwater Horizon when the rig exploded in 2010. Courtesy Margaret Brown

CD: How did you get the workers and their families to open up?

MB: That was the hardest part, actually, those interviews. [Rig hand] Stephen Stone and Doug Brown were absolutely the hardest people to get to agree to be in the film. I think that was mainly because of the PTSD they’d suffered from the accident, and they and their wives weren’t sure if being in the film would be better or worse for them. I think they’re still not sure. We still talk about it. But I think mainly the consensus has been that it’s been cathartic and positive to share their story. Those stories of how their lives have changed, and how they haven’t gotten paid, and what happens when you witness this—the guilt and the troubling feelings, the suicidal feelings. It’s some of the scariest stuff there is. They were super brave to be in the movie, because in that industry I think people sort of follow the leader, and those guys decided to speak out and be whistle blowers.

“It was really hard to get them to open up…I think they thought at first that I was a spy from Transocean.”

Doug had tried to kill himself, and it was really hard to get them to open up. I spent hours with his wife, Meccah, on the phone talking, and crying sometimes, because I think they thought at first that I was a spy from Transocean. They had such a level of mistrust and being messed around with by those companies that they didn’t believe that I was an independent filmmaker. So I went from being a spy to someone you would talk to. They felt that Doug had been so loyal to that company, and was so proud of his job. To go from that to feeling like—I mean, Doug struggles with a lot of guilt for something that he had little to no control over. And it’s interesting to me who feels guilt in this film—and who should feel guilty.

The workers are proud of what they’re doing. There’s a sense of bringing oil to the American people and providing energy. If you just look at it from the left, and how bad BP is, you’re going to miss a lot of what’s really going on.