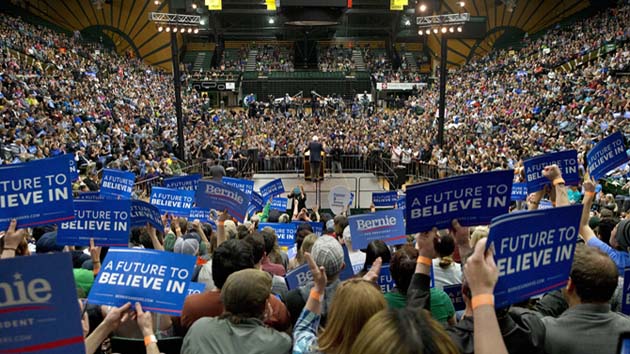 Bernie Sanders won four out of 13 Super Tuesday contests last night—his home state of Vermont, Minnesota, Oklahoma, and Colorado. Sanders knew the last three states, as well as Massachusetts (which he lost narrowly) were critical to remaining competitive with Hillary Clinton in the Democratic primary. He had a natural advantage in these states, given that he polls better among white and blue-collar voters. But he had another secret weapon that gave him an additional edge: In battleground primaries, Sanders emphasized his firm position against hydraulic fracturing to drive a wedge between Clinton and Democratic voters.

Sanders emphasized his firm position against hydraulic fracturing to drive a wedge between Clinton and Democratic voters.

Sanders staked out an early position against fracking, a controversial drilling process that extracts oil or natural gas from deep underground. Yet he didn’t do much to highlight this position before last month, in an effort to distinguish himself from Clinton’s environmental platform.  “I do not support fracking,” Sanders said in a statement a week ago. “I don’t need money from hedge fund managers and I don’t want money from those who profit off of the destruction of our planet.” Days before Super Tuesday, Bernie Sanders launched an ad campaign in Minnesota and Colorado highlighting his opposition to fracking. If elected, Sanders would be limited in how much he could do to ban fracking outright, but my colleague Ben Adler outlined some of what he could do to reform it.

It’s no coincidence that fracking and its associated operations is controversial in three of the four states he won in. Oil production has doubled and tripled in Oklahoma and Colorado, respectively, since 2009. Besides local concerns over its impact on water quality, there’s also been a corresponding boom in minor earthquakes near fracking sites. Scientists are growing more and more certain the quakes are linked to the wastewater injected in the ground after drilling: 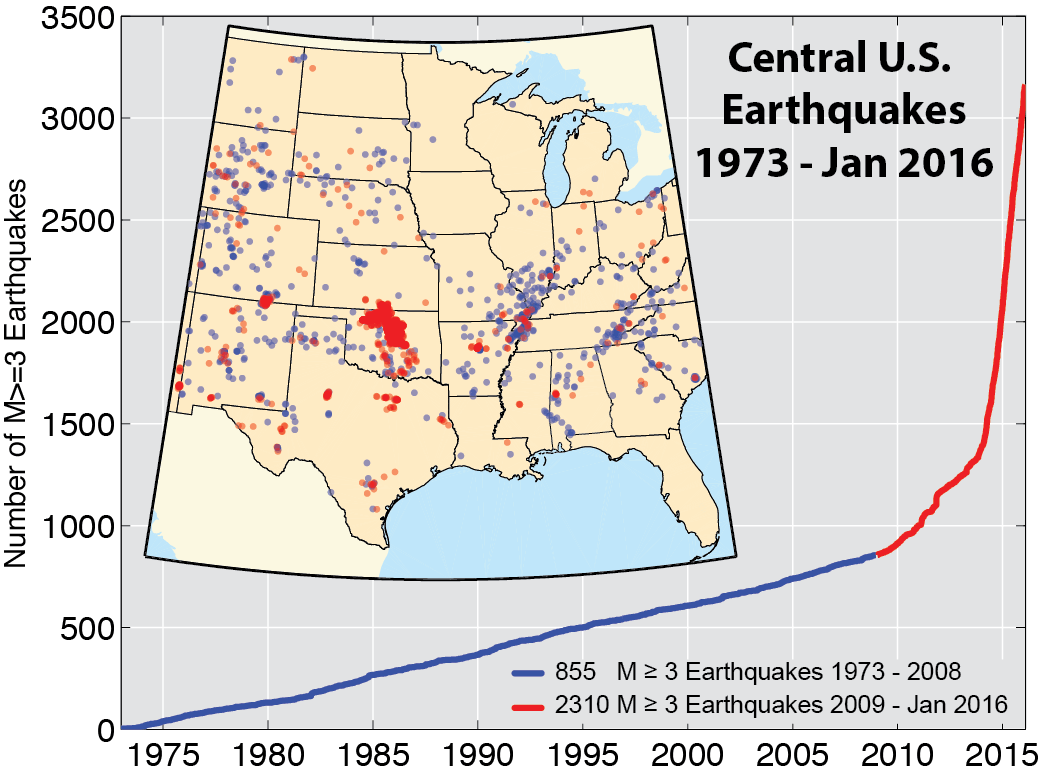 Minnesota, meanwhile, is a popular source for silica sand, or “frac sand,” a sediment needed to drill in nearby fracking hotbeds. Industry groups say these operations in Wisconsin and Minnesota have more than doubled over the past decade to 75 million metric tons, primarily driven by the oil and gas industry’s demand for frac sand. Silica dust is a carcinogen that causes lung problems.

Sanders emphasized more than just fracking in Minnesota. He drew attention to his opposition to two pipelines that would ship Canada tar sand crude oil across the border. Sanders emphasized his opposition to these pipelines, Enbridge’s Sandpiper and Alberta Clipper, which would ship 1.4 million barrels of oil a day, in a stump speech on Monday. He’d follow the same precedent set by the Keystone XL pipeline rejection, saying those “are exactly the same standards that we need to apply to the Alberta Clipper and the Sandpiper, and that is what I would do as president of the United States of America.”

Now, Sanders didn’t win big in all major fracking territories. Texas, after all, went to Clinton, by 65 percent.

Tuesday night, Clinton might have unintentionally helped reinforce the contrast Sanders hopes to draw in her victory speech from a city that’s drowning from sea level rise—Miami, Fla. As Clinton now turns her attention to the general election, her Miami speech was light on climate change and environmental issues. Though there was one exception. Clinton adopted Flint’s lead-poisoned water crisis in her stump speech weeks ago, and took time at the end of her remarks to discuss it again. Flint is “a story of a community that’s been knocked down but refused to be knocked out. It is hundreds of union plumbers coming from across the country to help install new water fixtures. It is students raising funds for hundreds of deliveries of bottled water,” Clinton closed her speech with. “They’re not about to quit now.”

So, Clinton is championing clean water and Flint, while Sanders’ focus is on clean water and fracking. Expect both to hit on these issues again as we head into primaries in Michigan, North Carolina, and Louisiana, and western states.