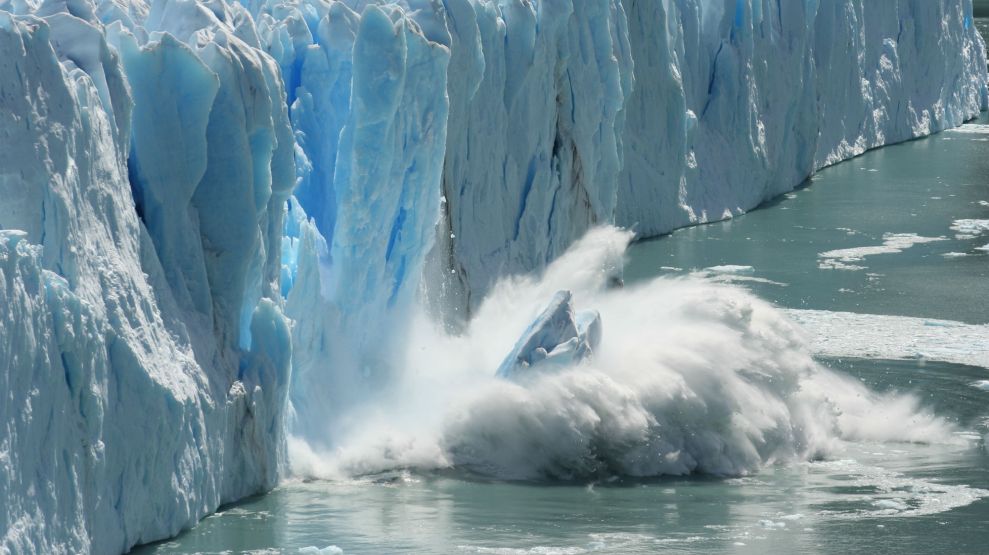 Scientists have long warned us about a climate change tipping point—the moment past which there is no turning back. If you haven’t started panicking yet, now is the time. Last week, Kevin Pluck tweeted an alarming GIF that shows the gradual yet relatively stable decline of global sea ice over the past 40 years before experiencing a sudden drop in 2016.

Visualizing data from the National Snow and Ice Data Center (NSIDC), the animation borrowed the design of climate scientist Ed Hawkins’ climate spiral, which went viral last year and inspired a reference at the Opening Ceremony of the 2016 Rio Olympics.

According to scientists at the NSIDC, this drop shows the combined disappearance of sea ice at both poles. In mid-November last year, scientists observed an “almost unprecedented” level of Arctic sea ice decline when an area of ice larger than Denmark melted away during a time of year when sea ice typically increases. The Antarctic experienced parallel conditions, with November air temperatures measuring 3.6-7.2°F (2-4°C) warmer than normal.

Both poles play a critical role in stabilizing global temperatures. If these unexpected developments continue, it wouldn’t just spell faster sea level rise but also an unprecedented acceleration of warming that could lead to climate disaster.