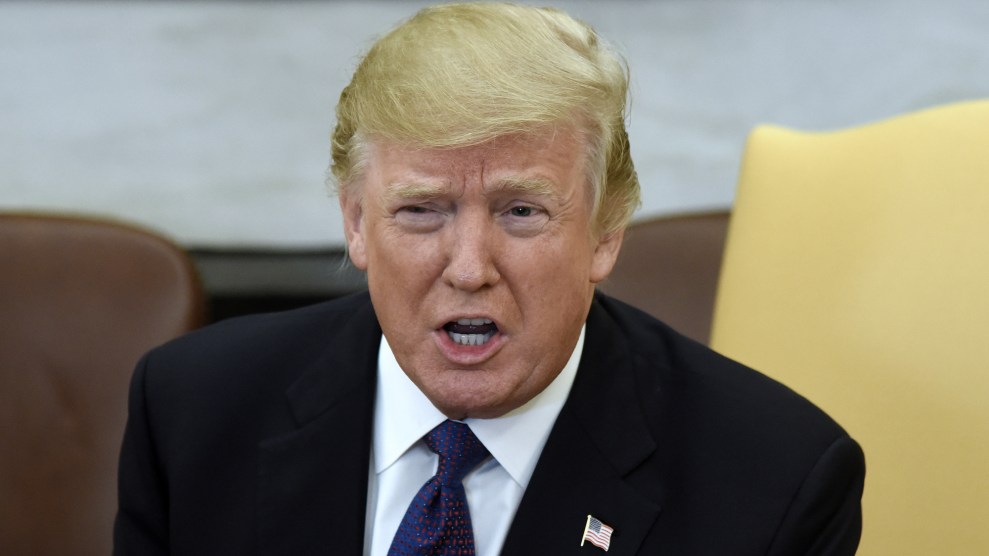 Despite President Trump’s best efforts in 2017 to make fossil fuels great again, solar has kept booming. But now comes bad news: Trump is slapping a 30 percent tariff on imported panels, a move that experts say is poised to hurt an industry that has seen its costs drop dramatically the past decade largely because of cheap imports from China.

It’s not just environmentalists and advocacy groups that oppose stemming the flow of cheap imported panels. Most of the US solar industry lined up against Suniva and SolarWorld, after seeing the costs of installed solar per watt decline dramatically the past 10 years. About 98 percent of the industry now relies on these imports, “with more than a third of them from China,” where production costs are cheaper, reports InsideClimate News. These cheaper costs have made solar competitive with fossil fuels, in some cases even outcompeting conventional sources. That’s what solar installers say is responsible for the boom in utility-scale solar plants and rooftop solar.

A number of conservative and industry-aligned groups like Heritage Foundation and the American Legislative Exchange Council also came out against tariffs on solar imports.

This decision follows a controversial trade case that the US International Trade Commission decided last fall. In a 4-0 decision, they concluded that these cheap imports posed an “injury” on two panel manufacturers, Suniva and SolarWorld. Trump’s 30 percent tariff will be incrementally lowered to 15 percent over four years, a similar move to what the ITC recommended—and still lower than the 50 percent Suniva and SolarWorld sought in their complaint.

There may be some hope for the vast majority of the US solar industry that lined up against this case. Foreign manufacturers will likely appeal the decision to the World Trade Organization, though the issue could take years to resolve—long enough to derail any short-term plans for solar’s unimpeded growth. The US may not be seeing the same job expansion in solar—one in 50 jobs created in 2016—anytime soon.