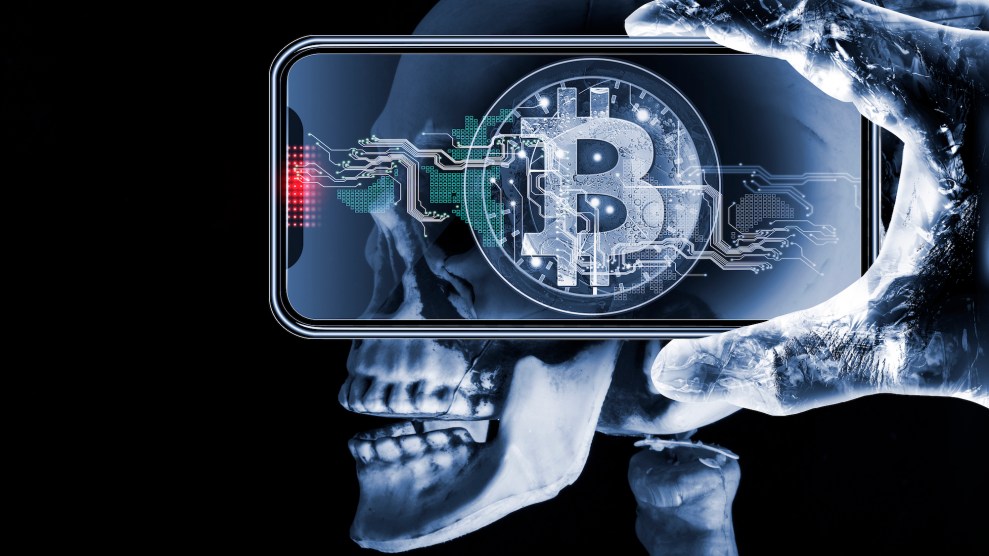 After about a year of development, a new biotech company, the brainchild of Harvard genomics pioneer George Church, emerged from the darkness this week, STAT News reported. It’s called Nebula Genomics, and it lets you buy and sell your genomic data using cryptocurrency.

The core idea powering the startup is to give individuals control over their own genetic information. By contrast, sites like Ancestry and 23andMe—the two leading consumer genomics companies—use customers’ data for commercial purposes without compensation.* Nebula’s model would allow people to profit by selling that data themselves.

“Our vision here is to enable as many people [as possible] to get sequenced and get medical researchers to use that data” anonymously.

In a white paper, the start-up outlines “the Nebula economy.” Here’s how it works: For the price of a Nebula token—the company’s crypocurrency—Nebula will sequence your personal genome and give you back a report, but your data remains under your control. You can then choose to sell it to researchers—at biotech and pharma companies, for instance—in exchange for Nebula tokens that the researchers buy from Nebula with “fiat money” (conventional currency). The buying and selling of the DNA data all happens on the blockchain, a decentralized system for keeping accounts.

In addition to Church, the company is headed by Dennis Grishin, a graduate student in Church’s lab, and entrepreneur and former Googler Kamal Obbad. Their goal is to “get a lot of people sequenced,” Obbad told me. Most people haven’t yet done so because of cost and privacy concerns, he says. “Blockchain was really well-suited to addressing those concerns.”

Nebula keeps your sequence very secure, Grishin and Obbad say. It is encrypted, which means the buyers will never see your identifying information in plain text. Everyone in the system has an individual ID code, which allows you to stay totally anonymous, while the sequence-buyers have to disclose their identities as a condition of joining the platform. So “there are two levels of protection,” Grishin says.

Nebula contends that most consumer-genomics companies, rather than sequencing the full genome, rely on an “outdated” method (microarray-based genotyping), which yields “small amounts of data that are of limited value to individual data owners and researchers.” With Nebula, researchers will get access to the complete sequences, which are more useful. “Our vision here is to enable as many people [as possible] to get sequenced and get medical researchers to use that data for drug discovery and medical development,” Obbad says. “For us, the value comes from the value of the network.”

Of course, if you’re selling your DNA, you probably want some assurance that your Nebula token has value, too—especially given the volatility of cryptocurrencies like Bitcoin, and a crypto market replete with scammers. The founders haven’t opened up Nebula Genomics to users yet, but Obbad says he isn’t too concerned about that volatility in the price of a Nebula token. He welcomes regulation of cryptocurrencies, which he says would allow “legitimate companies” to rise up.

And, Obbad notes, wherever the value ends up, something is better than nothing. “Essentially, people are going to be compensated at market rate, which right now is nothing at all,” he says. “People don’t get to own their own data.”

Correction: An earlier version of this article misstated the way in which Ancestry collects data.