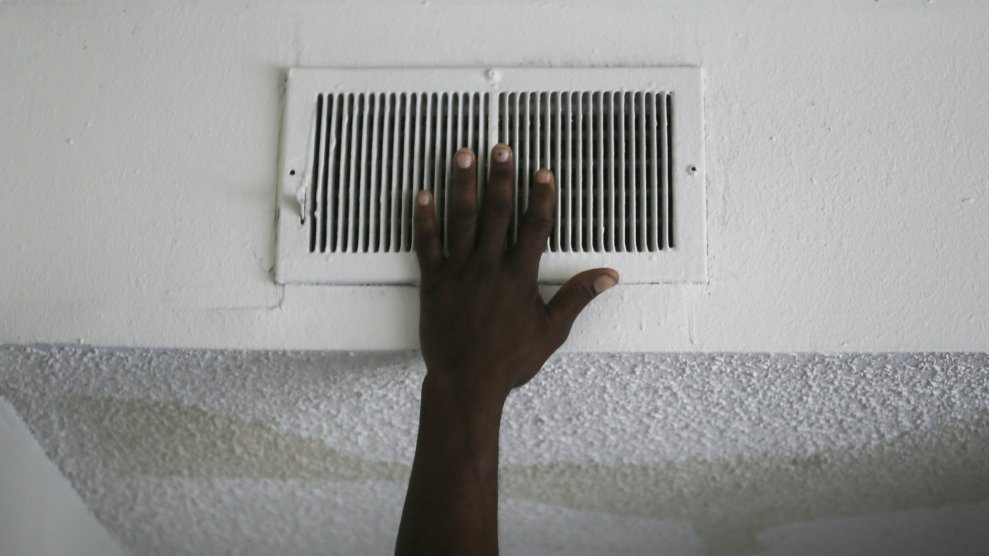 Amid the hottest summer on record for various regions across the globe, a team of researchers affiliated with the United Nations released a report calling on entrepreneurs and politicians to fund affordable ways for people to cool off without hurting the planet.

This topic, known as “sustainable cooling,” has not garnered as much attention as other areas of the conversation around climate change, such as renewable energy, but scientists and environmental advocates maintain that it is vital for curbing the type of greenhouse gas emissions that result from inefficient air conditioners and refrigerators.

“Cooling for all is not simply a clarion call to put an air conditioner in every home,” said Rachel Kyte, the CEO of Sustainable Energy for All, the team behind the report. “It’s an equity issue. It’s an efficiency issue. It’s a productivity issue.”

Using 52 of the world’s warmest countries as a baseline, researchers classified the countries’ cooling challenges into four groups based on cultural and class lines. There are 1.1 billion people who lack access to sustainable cooling options because they live below the poverty line or lack access to reliable sources of electricity. These are the type of people most affected by the wave of heat-related deaths seen over the past few weeks in Montreal and Pakistan, where temperatures eclipsed 122 degrees in April.

But the report reserves special attention for the more than 2 billion people who are able to afford their own air conditioner, but perhaps not affluent enough to splurge on an expensive cooling device that might be more efficient. Because inefficient air conditioners use far more electricity than their more sustainable counterparts, cheap coolers have accelerated the developed world’s contribution to global warming. As the report notes, “Over 300 million Americans consume approximately the same amount of electricity for air conditioning alone than the total electricity used for all needs by 1.1 billion people in Africa.”

The combination of these problems creates a certain bind for researchers and policymakers, who have to balance the need for millions of people to cool off at any cost with the deleterious effect cheap air conditioners have on the environment. The report candidly acknowledges this tension through a series of practical, limited solutions. In addition to suggesting lifestyle changes that the environmentally inclined can adopt, like “whitewashing roofs” and using solar power to drive fans, researchers devote ample attention to funding options for different power sources and strategies for engaging industry leaders. The report ultimately makes clear that middle-class consumers will need a strong economic incentive to invest in an environmentally friendlier option in order to avoid a vicious cycle where a warming planet creates the need for more cooling, which itself produces more greenhouse gas emissions.

The case for cooling options that are environmentally sustainable and personally affordable comes amid international speculation over whether Trump will exit another landmark climate agreement, the 2016 Kigali Amendment. The amendment, which was added to the Montreal Protocol in 2016, was adopted by 196 other countries to limit the use of coolants and refrigerants that significantly contribute to global warming.

Because some studies have predicted the agreement could boost manufacturing jobs and increase American exports, an unlikely cross-section of Republican lawmakers and business leaders have publicly supported the agreement. (A coalition of 22 conservative groups still urged Trump in a July 2 letter to reject the amendment’s “red tape.”) But with political headwinds at their backs, researchers picked a fortuitous time to make the case for sustainable cooling, one of the few areas of synergy between environmental advocates and corporate leaders.

The group behind the report, Sustainable Energy for All, has made no secret of where it stands with regard to the amendment. SEforALL was founded in 2011 by former UN Secretary-General Ban Ki-moon, who has said the Trump administration’s decision to exit the Paris climate agreement caused “serious damage.” And their research was supported in part by the Kigali Cooling Efficiency Program, a philanthropic organization that advocates for the Kigali Amendment.