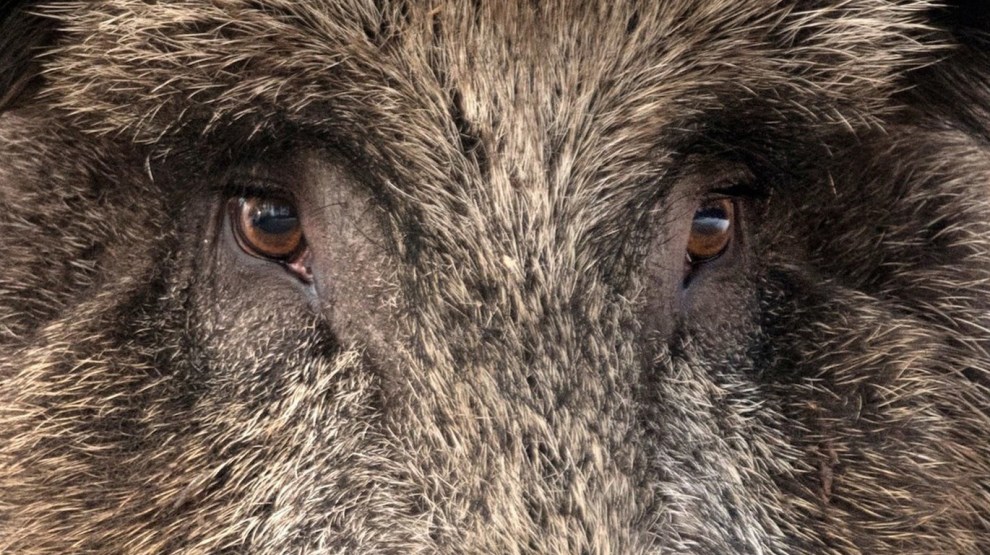 There is no agent of ecological imperialism more ferocious than the wild pig. Wherever Europeans invaded, from the Americas to Australia, so did their pigs, many of which escaped into the countryside to wreak havoc. The beasts tear through native plants and animals, they spread disease, they destroy crops, and they reconstruct whole ecosystems in their wake. They’re not so much pests as they are chaos embodied.

Now add climate change to the wild pig’s résumé of destruction. In their never-ending search for food, the pigs root through soils, churning the dirt like a farmer tills fields. Scientists already knew, to some extent, that this releases the carbon that’s locked in the soil, but researchers in Australia, New Zealand, and the US have now calculated how much soil wild pigs may be disturbing worldwide. The carbon dioxide emissions that they produce annually, the authors concluded, equal that of more than a million cars.

It’s yet another piece of an increasingly worrisome puzzle, showing how modification of the land has—in this case, inadvertently—exacerbated climate change. “Anytime you disturb soil, you’re causing emissions,” says University of Queensland ecologist Christopher O’Bryan, lead author on a new paper describing the research in the journal Global Change Biology. “When you till soil for agriculture, for example, or you have widespread land-use change—urbanization, forest loss.”

Given their domination of whole landscapes, pigs had to be making things worse, the researchers knew, but no one had modeled it worldwide. “We started to realize there’s a big gap at the global scale looking at this question,” O’Bryan adds.

The researchers landed on their emissions estimate by aggregating several previous models and sources of data. For instance, one author had a model that mapped the populations of wild pigs around the world. Another had studied wild pigs in Australia and had data on how much the species disturbs soils. The researchers then pulled in estimates done in Switzerland and China of the carbon emissions created by wild pigs rooting around there.

This patchwork creates inherent uncertainties. No model can pin down exactly how many pigs are in a given place at a given moment, for example. Also, different kinds of soils emit more carbon when they’re disturbed. A material like peat—made up of dead plant matter that hasn’t entirely decomposed—is essentially concentrated carbon, so it has more to give up than other soils. The amount of carbon loss also depends on the microbiome of the soil—the bacteria and fungi that feed on that plant material.

Given this wide range of variables, the researchers simulated 10,000 maps of potential global wild pig densities, excluding the animal’s native ranges across parts of Europe and Asia. (In other words, they only modeled the places where the pigs are an invasive species.) For each of these simulations, they randomly assigned values of pig-induced soil carbon emissions based on data from those previous studies. This allowed them to combine the variables in thousands of ways: Here’s how many pigs might be in a given area, here’s how much land they’d disturb, and here are the resulting emissions. From these thousands of attempts, they were able to generate average emissions estimates.

Their model showed that, worldwide, invasive wild pigs are rooting through somewhere between 14,000 and 48,000 square miles of land. But they’re not spread out evenly around the globe. While Oceania—the region that includes Australia and the islands of Polynesia—accounts for a tiny fraction of the world’s land surface, it has a huge number of pigs. At the same time, the tropics are home to much of the world’s peat. “In certain parts of Oceania—like tropical Northern Queensland, for example—there’s this substantial amount of carbon stores,” says O’Bryan. The combination of the two means that, according to the team’s model, Oceania accounts for 60 percent of total global emissions driven by rooting wild pigs.

“You also see similar effects with earthworm movement—any kind of burrowing animal that churns up the soil structure.”

This estimate, they think, is actually pretty conservative. That’s because they didn’t model emissions from agricultural lands, which are vast, and which wild pigs are known to plunder for free food. They figured that, technically, this land is already disturbed and emitting carbon dioxide, so they didn’t want to count it twice. Additionally, the researchers only estimated where the wild pigs may be now, not where they could be soon. “This pest is expanding, and they could be potentially expanding into areas with high carbon stocks,” says O’Bryan.

The research helps further quantify the rapidly changing carbon cycle on Earth, as humans (and their invasive species) dramatically transform the land itself. “What this paper brings to the fore is something that soil scientists have known for a while—that bioturbation can play this really key role in soil emissions and soil respiration,” says University of Florida computational biogeochemist Kathe Todd-Brown, who wasn’t involved in the research. “You also see similar effects with earthworm movement—any kind of burrowing animal that churns up the soil structure.”

But there’s a key distinction: Native animals are contributing to an ancient carbon cycle in which they play a long-standing role. Invasive menaces like wild pigs are tearing through carbon-rich soil outside their historical habitats. “Disturbance is an integral part of ecosystem function and carbon balance, but I’d never before considered the damage that (30 to 50) feral hogs could do,” writes biogeochemist Rich Conant, who studies the carbon cycle but wasn’t involved in the research, in an email to WIRED.

The question now is what to do about the wild pigs. They are hardy as hell, they breed like crazy, and they’re as greedy as, well, pigs. Eradicating them can be extraordinarily difficult. In 2005, to get rid of swine on Santa Cruz Island, off the coast of California, sharpshooters in helicopters had to pick 5,000 of them off one by one. It took 14 months and cost $5 million. (And this was an island, where the pigs were surrounded by water.) Elsewhere people have found success trapping the animals, but to be truly effective this requires collaboration among local agencies: If I take care of my wild pigs and you don’t, your problem will become my problem.

Plus, most kinds of eradication efforts also produce carbon. “If we get in a helicopter and we go shoot pigs, or we set traps, we build fences, that causes emissions,” says O’Bryan. “So we have to account for these trade-offs.”

At the moment, there’s no cheap and easy solution. And that means the animals will keep roaming, digging up what was once buried carbon. That’ll not do, pig.