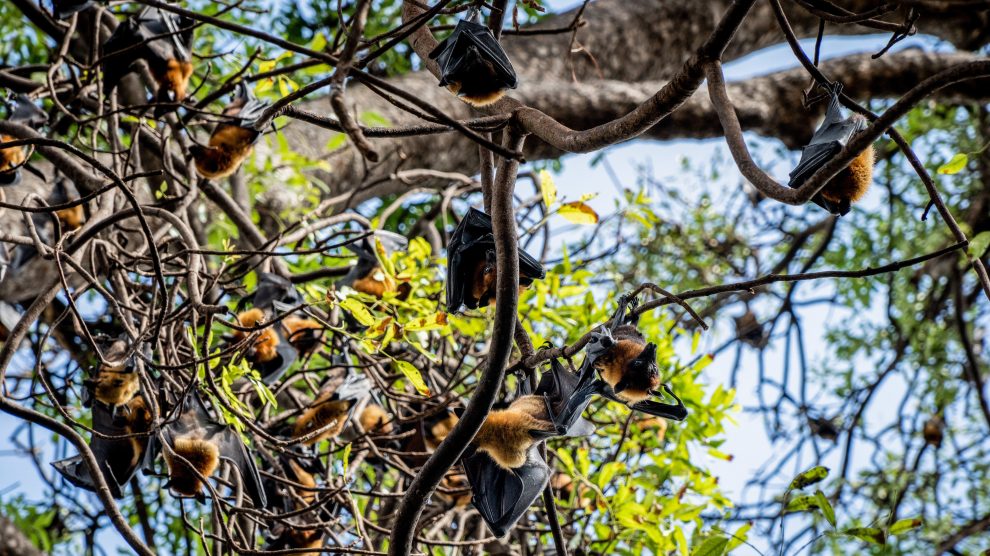 It has long been known Ozzy Osbourne has a taste for bats. But now it seems the mammals are also fans of his.

Bats greet each other with death metal growls, scientists have discovered, and possess a vocal range which far surpasses that of most humans.

While they emit ultrasonic chirps to echolocate flying insects in the dark, they also engage thick structures in the larynx called ventricular folds to communicate with each other at low frequencies.

The production of sound from ventricular folds, which sit just above the vocal cords, is believed to be rare in the animal kingdom, with bats now gaining membership to an exclusive club populated almost entirely by death metal and Tuvan throat singers.

“If you listen to a bat colony in the summer you can hear these calls very clearly,” said Prof Coen Elemans, who led the research at the University of Southern Denmark. “We don’t know the function of the calls, but they make them when they are annoyed with each other, and when they fly away or join a colony.”

Ozzy Osbourne recalled that he thought the bat was a rubber toy until he bit down and “something felt wrong.”

The finding emerged by chance when the scientists set about studying how bats produce high frequency sounds for echolocation. While taking high speed video of bat vocal cords in action, the researchers noticed the ventricular folds vibrating at low frequencies ranging from one to five kilohertz.

“The only use in humans for these vocal folds is during death metal singing and Tuvan throat singing,” Elemans told the Guardian. “The oscillations become very irregular, they become very rough, and that’s what you get with death metal grunting.”

Osbourne, the Black Sabbath frontman, famously bit the head off a bat while on stage in Des Moines in 1982. He said he believed the bat was a rubber toy until he bit down and “something felt wrong.” The animal may already have been dead when it was thrown on to stage by a teenage fan.

Very few human singers have a vocal range of five octaves, with Mariah Carey and Prince being famous examples. The Danish work solves the mystery of how bats achieve seven.

“We’ve shown that the vocal membranes used for echolocating have a range of three to four octaves, and this different structure then extends the range down,” Elemans said.

Bats have evolved a highly specialized larynx with adaptations that make it perfect for producing ultrasonic chirps up to 120 kilohertz. These high frequency calls act like a flashlight and pinpoint flying insects ahead of the bat. But the chirps are highly directional and travel only a few meters, so the animals needed another means to make low frequency calls to communicate over large distances with one another.

“We think the selection on these echolocation calls is so severe that in order for bats to have a range for communication, they needed to do something totally different,” said Elemans. The study is published in Plos Biology.