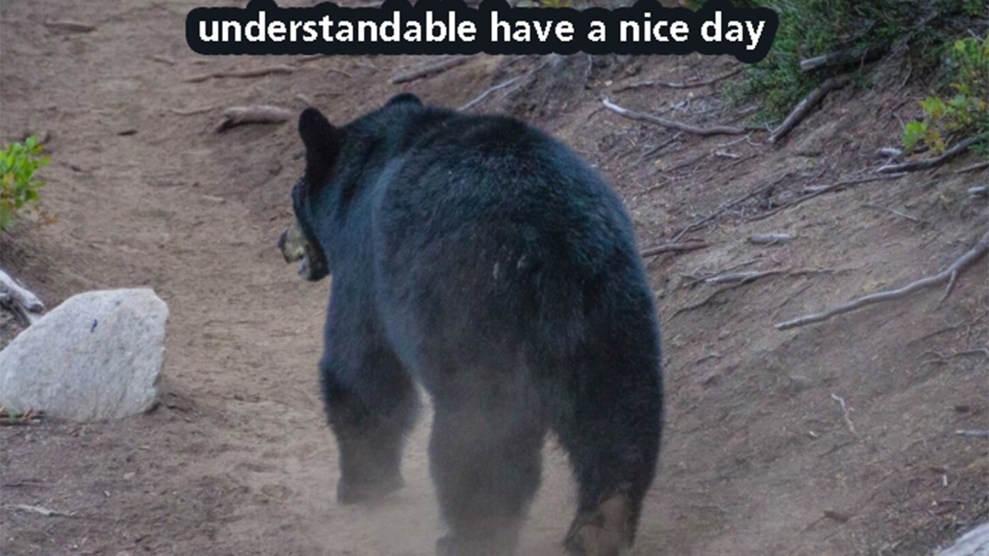 “If you encounter a cougar, never approach or offer it food. You are not a Disney princess.”

“Most grandma/reindeer collisions are entirely preventable. Please give wildlife plenty of space.”

“Please be responsible with hot takes this Thanksgiving if your turkey is as dry as our forests.”

These are just a few salient pieces of advice provided over the holidays by officials at the Washington State Department of Natural Resources. The agency, which has more than 120,000 followers on Twitter, has become a go-to source for useful advice on the outdoors, often in the guise of good humor.

And it’s not alone. The Oklahoma Department of Wildlife and Conservation has also made a national name for itself with its informative tweets wrapped in memes, and more than 126,000 followers—about twice as many as the state’s governor, Kevin Stitt, can claim.

A scroll through the department’s Twitter feed highlights wildlife facts (“Virginia opossums can gain as much as 30% of their body weight each winter but they don’t get targeted ads for gyms”) and pop culture participation (reminding the 2,000 people ahead of them in the online queue for Taylor Swift tickets that it’s nice outside today and they might consider a hike).

There’s also banter with other state nature agencies; departments in Georgia, Oregon, Iowa, and elsewhere have Twitter feeds in the same mold.

Brands from Wendy’s to Old Spice have long wielded memes and jokes to win eyeballs on social media, but state and local governments haven’t exactly been known for virality. What has changed? And are funny people instinctively drawn to careers at state wildlife departments?

Update: The Twitter wildfire is at 44 billion acres and 0% contained.

Social media managers in the Washington and Oklahoma agencies have other theories. Rachel Terlep, senior social media manager for the Washington DNR, says a generational shift may have something to do with it. “I’m a millennial. People like us and even younger, with Gen Z, grew up really conscious about the environment, about wildlife, caring about what happens next to our Earth,” she says.

Sarah Southerland, communication and education specialist at the Oklahoma wildlife department, says the humor is simply a result of government employees getting free rein to be themselves. “​​I believe that people are hilarious because life is funny. We all have different perspectives, and that’s where comedy comes from. When you have the opportunity to let that out, you connect with people.”

In Oklahoma, that freedom expanded last year after a January tweet about a mountain lion went viral. The post showed a mountain lion rolling in the snow, with a little guidance for humans:

YOU are cold. They have fur.
Do not let inside. pic.twitter.com/WrVIdF9mkh

The tweet has earned more than 14,600 retweets and 124,000 likes. “That gave us the green light from the higher-ups that like, hey, you know, this works better. Because, you know, 40 million impressions is better than like 200 impressions that we had,” Southerland said. Now, she has “a volunteer group of co-workers in full-time other roles—TV show producers, magazine writers, accountants and property managers—who volunteer their time to just goof off and give me ideas.”

The humor extends beyond wildlife departments, Terlep said: “I think we’re truly in a renaissance period of government social media.” She draws inspiration from the likes of the National Park Service and, surprisingly enough, the US Consumer Product Safety Commission, whose Twitter feed is full of product safety-themed gags. And then there’s the north-east Ohio regional sewer district, a true giant. “That’s like—I mean, it sounds so nerdy, so please forgive me—like an icon in our field,” Southerland said.

That account, with nearly 47,000 followers, frequently reminds readers of the centrality of sewers to our lives. “Fondly remember,” said a tweet following Elon Musk’s purchase of the platform, “of all the hours you scrolled twitter in the bathroom, sewers were there for you first.” And on state affairs: “now that sports betting is legal in ohio please remember we’ve been throwing your money down the drain for 50 years with much better returns.”

John Gonzalez, who runs the sewer district’s feed, puts its success down to personal connection, “whether it’s with humor or with empathy or with some sense of humanity. It allowed us to kind of have a tongue-in-cheek approach with our engagement as well, because we deal with poop.”

The future of Twitter itself may be uncertain, but the platform has allowed government agencies to show there are real people behind previously faceless bureaucracies, Gonzalez said.

“We received a voicemail from a customer who said that our Twitter account kind of just helped to demonstrate the humanity of infrastructure. It was a good representation of what we want,” he said. “Infrastructure is what connects us, but before that connection, there’s a different connection that we all share. And I’ve been glad to be able to help people understand our work through a different lens.”