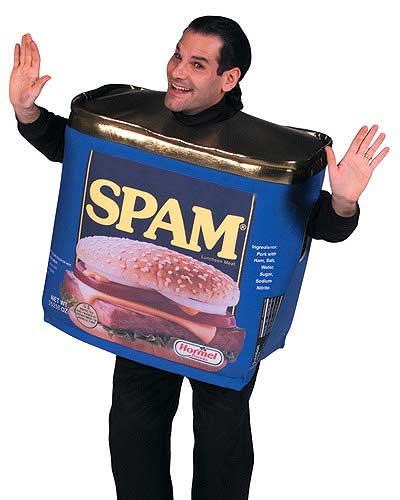 My aunt and I primarily “keep in touch” through email, and by that I mean, she sends me chain e-mails almost every day. Most of these are cute, or mildly funny, but sometimes they are scams or racist diatribes. Can I ask her to stop sending them? I don’t want to be rude or disrespectful, but there’s only so many death-panels-Bill-Gates-wants-to-give-me-money-flesh-eating-bananas e-mails I can take.

Well, that’s the last time I’ll warn YOU about piranha produce. We’ll see who’s complaining when fruitmageddon rolls around. Hint: me, because you’ll most likely be dead.

Chain letters (and their modern equivalents) have been around since the middle ages, when a so-called priest named Prester John requested help from Christian armies to rescue his magical paradise that was overrun by infidels. While this land of milk and honey was never found, some say the chain letters, “profoundly affected the geographical knowledge of Europe by stimulating interest in foreign lands and sparking expeditions outside of Europe.” In the 19th century, chain letters were used in Britain to help fund a home for street prostitutes, and also to thwart Jack the Ripper. So, they weren’t always an obnoxious medium to spread cute kitten pictures or attempt to pyramid scheme you.

It’s difficult to tell our elders to stop spamming us for a few reasons. Why? Because they often mean well. Some older folks are technological masters, but for others, e-mail is as far as they got in web savvy-ness. (And, to be inclusive, younger folks are certainly susceptible to spreading chains and hoaxes, especially on Facebook)….

Read the rest of my social media etiquette column on SF Weekly.