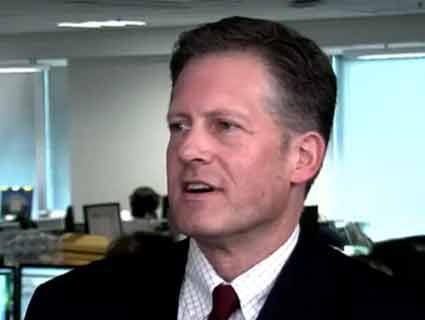 As China consolidates its position as the globe’s low-cost manufacturing center, the nation is using some of its wealth to shift to industrial-style agriculture and a Western-style high-meat diet. One company that stands to cash in on these trends is the US agribusiness giant Cargill, one of the globe’s largest privately held firms. About 60 percent of the globe’s traded soybeans end up in China as feed for the country’s fast-growing factory farms, and Cargill is one of the the handful of companies that broker those deals. In August, the company announced it was investing $250 million to build an “integrated chicken broiler facility” designed to raise and process 65 million chickens per year. So Cargill will not only sell China the feed it needs for its burgeoning meat habit, but it will also produce some of the the meat.

At the center of this fast-emerging profit center for Cargill is none other than Paul Ryan’s brother, Stan Ryan, who “serves as corporate vice-president of Cargill’s agricultural supply-chain businesses” based in Shanghai. According to his bio, Stan Ryan is “focused on growing Cargill’s business operations in Asia and its agriculture-based supply-chain businesses globally, in addition to other corporate functional responsibilities.”

Below I’ve pasted a recent interview with Stan Ryan on China’s food situation. If there’s anything remarkable about it, it’s the way Ryan aligns Cargill’s interests with those of the Chinese government. He notes approvingly that the government has decided that the country’s farms should grow the bulk of the corn, rice, and wheat that the nation uses, while choosing to import soybeans—a smart strategy, he says, because soybeans require plenty of water, something China is running short on. (It probably is a smart strategy, if your goal is to ramp up factory-style meat production.) And he praises the country’s latest five-year agricultural plan. In general, from listening to Ryan, you get the idea that Cargill and the Chinese government are working seamlessly together: partners in the industrialization of Chinese agriculture and the Westernization of its diet.

Given that Paul Ryan is an acolyte of Ayn Rand, who thundered against “collectivism” and government control, Ryan family events must get tense when Stan Ryan begins extolling the virtues of Chinese agricultural planning—even if it’s very profitable, indeed, for Cargill.