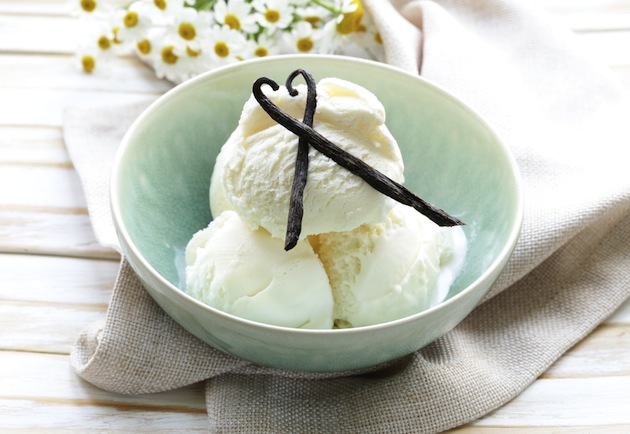 The Swiss firm Evolva is on the verge of bringing a novel vanilla-flavoring ingredient into the world: one neither grown on a tropical tree nor synthesized from petroleum. Evolva’s version of vanillin—the most important of the many compounds that give vanilla beans their famous flavor and aroma—will be grown in yeast engineered through a process know as synthetic biology. (See my recent pieces on synbio here and here).

Will the market embrace this innovation? Is your ice cream, as the headline to one of my pieces recently had it, about to get weirder?

It’s still way too early to tell, but one iconic ice cream brand, Häagen-Dazs, says it’s taking a pass. Contacted by the environmental group Friends of the Earth, both Nestle, which markets Häagen-Dazs in the US, and General Mills, which does so in all other markets, affirmed that the brand “will not source vanilla flavor produced through synthetic biology.”

In an emailed statement, a spokesperson for Evolva downplayed the importance of Häagen-Dazs’ no-synbio stand:

Regarding this recent press release by Friends of the Earth (FOE) related to vanillin, Evolva would like to reiterate that its vanillin is not intended to replace vanilla that is grown in Madagascar, Mexico or elsewhere. Madagascan vanilla is a great product. And if ice cream makers are currently using this vanilla, by all means they should keep using it. Our focus is the 99% of vanillin (NOT VANILLA) in the world that actually does not come from the orchid in Madagascar, etc., but rather from petrochemical plants or chemically treated paper pulp waste. We want to give people a better alternative to THAT vanillin. Further, as has been stated previously, our vanillin has been reviewed for safety and has been found to be safe for its intended use. FOE is fully aware of our approach because we have shared it with them several times, already.

But Evolva appears to be engaging in a bit of hairsplitting here. In its own press release, it trumpets its product as “natural vanillin for commercial application,” produced “through a cost-effective, natural and sustainable route.” And in a recent statement to the trade website Food Navigator, Evolva reiterated the “natural” claim: “For most markets, our vanillin can be labeled as a natural flavor as part of a natural flavoring solution.”