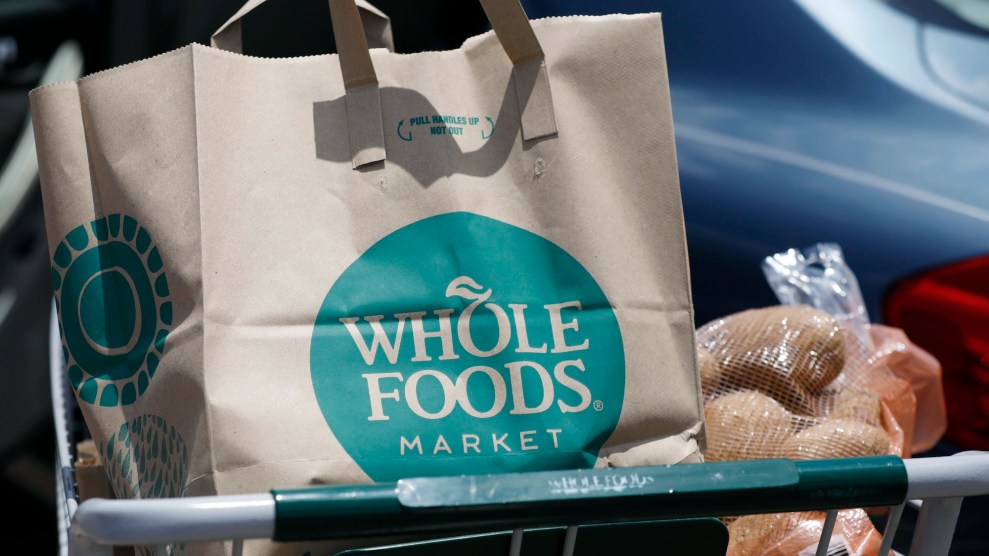 We woke on Friday to the news that Amazon intends to purchase Whole Foods Market Inc. for the tidy sum of $13.7 billion. Amazon has had its eyes on the grocery chain for a while (its AmazonFresh delivery service publicly debuted in 2008), but the company’s purchase of an established grocery retailer, with more than 400 brick-and-mortar stores, signals a much bigger play. Here are four key takeaways.

Amazon wants to sell you food: Okay, well, yes. Amazon wouldn’t have purchased a grocery store chain if it didn’t want to sell you food. Though the company has been trying for several years to break into the $800 billion grocery industry, it has struggled to do so. By buying Whole Foods, Amazon skips the tricky part of building a grocery retail brand from scratch. Whole Foods is a defined and trusted brand known for its high-quality products, and Amazon can share the chain’s credibility.

And owning a grocery store fits into Amazon’s big plans to ultimately sell consumers “everything.” It’s not too much of a stretch to imagine how voice-ordering could be integrated into a kitchen—given that Amazon Alexa (Amazon’s voice service, like Apple’s Siri) already knows how to talk you through more than 60,000 recipes, and presumably knows what ingredients are needed for those recipes. “Alexa, order ingredients for [meal]” might not be too far off.

Amazon purchased more than just a grocery store: Dennis Berman, the financial editor for the Wall Street Journal, summarized this premise best in a single tweet:

Amazon did not just buy Whole Foods grocery stores. It bought 431 upper-income, prime-location distribution nodes for everything it does.

Amazon thrives off a brutally efficient distribution network. Instead of building a grocery logistics network itself, Amazon will now have access to a logistics chain that’s already shipshape and able to provide grocery shoppers with fine food products and locally sourced produce. Amazon will likely focus on engineering a consumer experience to take advantage of that supply chain, as well as the often desirable location in high-income areas surrounding many Whole Foods Market stores.

Back in March, Amazon promised a 15-minute window between ordering and pickup for users of its AmazonFresh Pickup service in Seattle, where people fill out their grocery orders online and pick them up (already bagged) at a grocery store. Amazon could offer a similar service scaled over Whole Foods’ 431 stores. Delivery, too, could function similarly, with each Whole Foods store serving as, like Berman points out, a strategically placed grocery distribution center. Fast-forward a few years, after the robot cars and drones usurp human delivery drivers, and each Whole Foods store could become a well-placed base for deliverybots.

Jobs are at risk: Speaking of robots, remember that neither Amazon nor Whole Foods has expressed particularly sympathetic positions to the plight of their workers. Amazon is famously hard on its employees, and Whole Foods’ CEO John Mackey described memorably in 2013 how “our team members are not being prevented from joining unions, they’ve chosen not to…Why would they want to join a union? We’re not so much anti-union as beyond unions.”

“Amazon’s brutal vision for retail is one where automation replaces good jobs. That is the reality today at Amazon, and it will no doubt become the reality at Whole Foods.”

Whole Foods’ burgeoning chain of “365 by Whole Foods” stores, currently open in a just a few locations but quickly growing, might be a sign of things to come. At these supermarkets, instead of ordering in-store prepared foods from an actual person, shoppers tap out what they want on touch screens placed throughout the store. Humans still prepare the food, but the entire ordering and payment process takes place sans interpersonal interaction.

For now, Amazon has said there will be no layoffs as a result of the acquisition. But as Marc Perrone, the president of the United Food and Commercial Workers union, said in a statement released Friday, “Amazon’s brutal vision for retail is one where automation replaces good jobs. That is the reality today at Amazon, and it will no doubt become the reality at Whole Foods.”

The grocery store industry has been turned on its head: Though Whole Foods is, by most metrics, a successful chain, the company has struggled in the recent past to provide its stockholders with greater rewards. Challenged by new meal-delivery services like Blue Apron, as well as the proliferation of farmers markets and organic foods at most major grocery chains, Whole Foods is far less unusual today than it was, say, 20 years ago.

Will this megamerger transform the grocery store as we know it? Maybe. Then again, it could trigger a big anti-trust fight. In the meantime, enjoy some clever tweets making fun of the whole thing:

.@JeffBezos ," Alexa, buy me something at Whole Foods."

AMAZON, 2023: please return to your Primehouse for your nightly Primemeal, valued Primecitizen