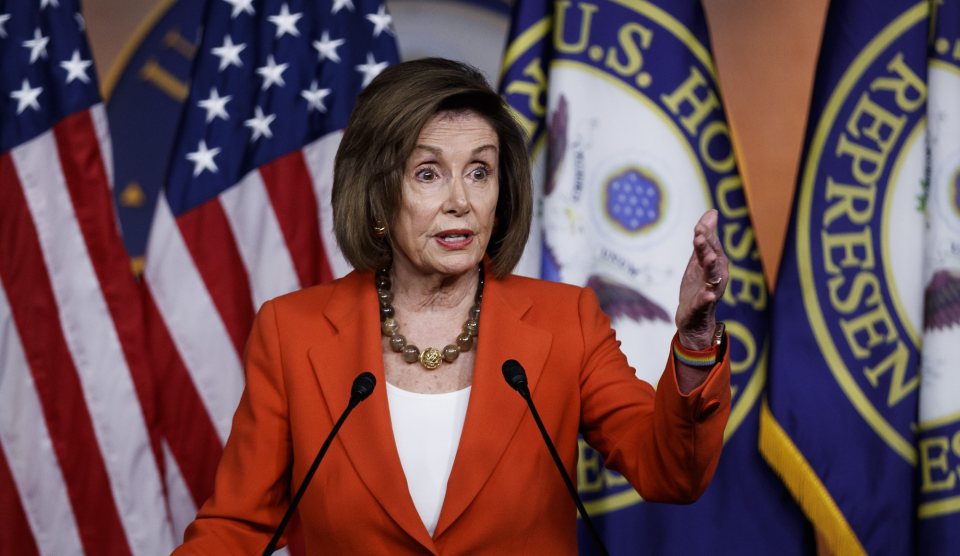 In spite of all the incriminating evidence presented at the first day of impeachment hearings on Wednesday—the testimony of two seasoned diplomats about President Donald Trump’s efforts to pressure a foreign government to interfere in the 2020 election, the bombshell revelation of a phone conversation implicating Trump—some of the media were unimpressed.

Speaking to reporters at her weekly press conference on Thursday, the House speaker delivered a withering verdict on Wednesday’s hearing and its implications for the president.

“The devastating testimony corroborated evidence of bribery uncovered in the inquiry and that the president abused power and violated his oath,” she said, a significant escalation in her language to allege Trump’s abuse of power.

.@SpeakerPelosi: "We haven't made a decision to impeach… But I am saying, that what the president has admitted to and says it's 'perfect,'—I said it's perfectly wrong. It's bribery." pic.twitter.com/YTe90kjNXH

Speaker Nancy Pelosi: "What President Trump has done on the record… makes what Nixon did look almost small." pic.twitter.com/E6H6jWfauM

This moment, in particular, is sure to infuriate Trump:

.@SpeakerPelosi just threw some shade at Donald Trump: "All this milieu is a seeking of the truth. It's called an inquiry. If the president has something that is exculpatory—Mr. President that means you have anything that shows your innocence—then he should make that known." pic.twitter.com/EwU8l1i6hK