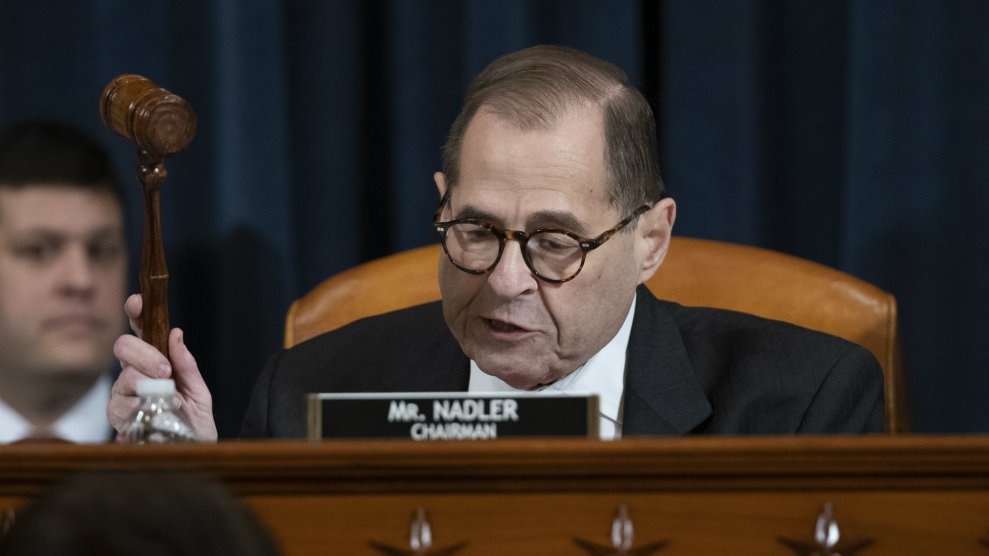 In a 23-17 vote split along party lines, the panel advanced the articles to the full House, which is expected to vote on them next week. One article accuses Trump of abusing his powers by soliciting interference from a foreign government—Ukraine—in the 2020 election. The other accuses the president of improperly obstructing the House investigation into the Ukraine scandal.

And there it is: the Judiciary committee approves both articles of impeachment against @realDonaldTrump by 23-17 party line votes. On to the House. pic.twitter.com/8yXnpeoYSw

If, as expected, a majority of the full House votes to impeach Trump on one or both counts, he would become the third US president in history to face trial in the Senate, where it would take a two-thirds vote to remove him from office. Neither of the previous two presidents to be impeached by the House—Andrew Johnson and Bill Clinton—were removed by the Senate.