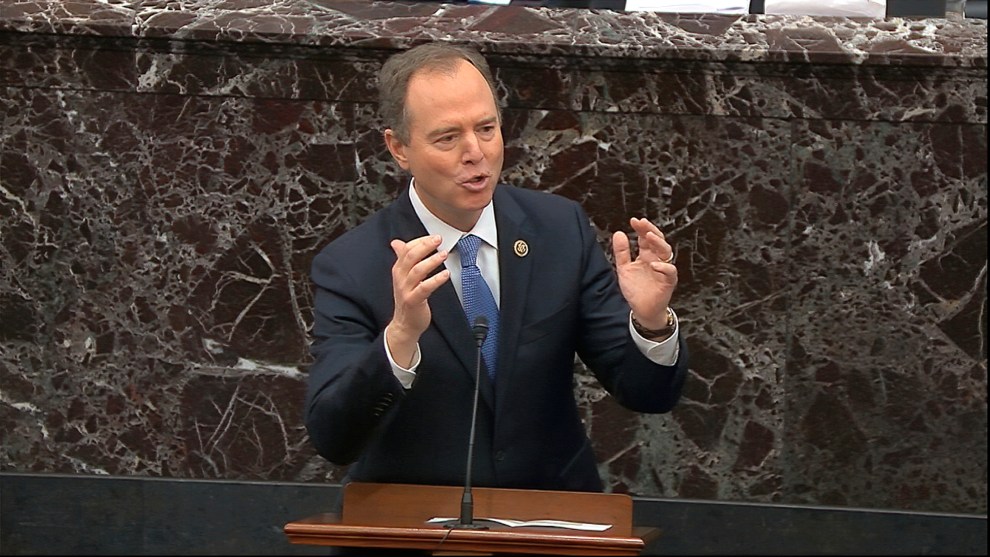 Donald Trump’s own Justice Department did something remarkable on Thursday: It managed to undermine the president’s legal defense in his impeachment trial.

During an unrelated federal court hearing Thursday about House Democrats’ investigation of Trump’s failed efforts to add a citizenship question to the 2020 census, a federal judge asked DOJ lawyers what the House could do to enforce subpoenas that the administration has ignored. Justice Department lawyer James Burnham said that impeachment was an option, CNN reports. “The Justice Department has argued that the House can’t ask the courts to enforce subpoenas,” CNN noted.

But during Trump’s impeachment trial, his lawyers have argued just the opposite in response to allegations that Trump obstructed Congress by defying subpoenas. They have claimed that a president cannot be impeached over a failure to comply with congressional subpoenas and that Democrats should have instead gone to court to force administration witnesses to provide testimony. Trump ordered multiple White House officials, including chief of staff Mick Mulvaney, to ignore subpoenas during the House impeachment inquiry last year.

According to CNN, Burnham acknowledged the hypocrisy of the administration’s position but insisted that House Democrats had also contradicted themselves on the issue. “They are hypocrites. We are hypocrites, I guess,” he reportedly said, to laughter.

Lead House impeachment manager Rep. Adam Schiff (D-Calif.) brought up the contradiction during the impeachment trial Thursday. “You can’t make this stuff up,” he said. “The judge says, ‘If the Congress can’t enforce its subpoenas in court, then what remedy is there?’ And the Justice Department lawyer’s response is: ‘Impeachment.'”

“I mean, what more evidence do we need of the bad faith of this effort to cover up?” he added.

Watch the video of Schiff’s response below: