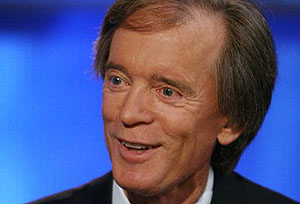 Bond king Bill Gross thinks it would be a bad idea to nationalize banks and force bond owners to take a haircut.  This would “create an instability policymakers should not want to risk,” he says, and might undermine other financial sectors such as insurance companies and credit unions.  Megan McArdle is unimpressed:

The problem is that seeing as he’s a gigantic manager of bond funds, this is also the policy that will make Bill Gross best off.

This is, writ large, the problem faced by Geithner and Bernanke:  the people who know the most are those with the most to lose or gain by their actions.  If they do not talk to the experts, they will do something incredibly stupid through not having thought through the possible consequences.  If they do talk to the experts, their ears will be filled with advice that is both plausible and self-serving.

….I am concerned about the sudden consensus about nationalization — I haven’t yet seen a good reason to believe that a tiny bank in a tiny nation like Sweden presents a good model for tackling the problems of the largest financial services company in the world.  But the fact that Bill Gross is worried about bondholders taking a loss makes me more inclined to favor the notion.  It’s perverse, I know.

Nationalization should be a last resort.  And there’s no question that nationalizing a multinational giant like Citigroup is a far more complex undertaking than nationalizing Nordbanken.  On the other hand, there’s just no way that taxpayers can be expected to continue shoveling capital into big banks in return for tiny minority shares.  In the case of Citigroup, for example, the government has so far handed over $45 billion to a company that could be purchased lock, stock and barrel for only $10 billion.  There’s just no way that taxpayers are going to keep putting up with that, and they shouldn’t.

In any case, it’s also possible to overstate the difficulty of nationalizing a big money center bank, I think.  It’s not as if we’d fire the entire staff, after all.  What would happen in reality is that the board of directors would be dissolved, some of the senior staff would be replaced, shareholders and bondholders would take a hit, and the bank would continue running as normal except with a stronger capital base and government guarantees behind it.  Then, in a few years, it would be refloated and put back in private hands.

It would be nice if it doesn’t come to that.  But there’s a pretty good chance that it will.  Not because anyone wants it to, but because, eventually, it will probably be the least bad option left for the weakest of the banks.