Dan Drezner points out that the fight over financial regulation has gone a little oddly. Normally, interest groups manage to water down legislation over time, but in this case it’s actually gotten tougher in some ways. This makes sense if the 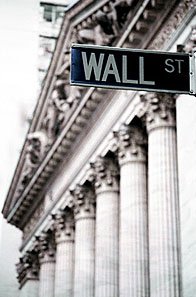 public is united in outrage and can swamp interest group power, but Dan is skeptical about that:

This is pretty surprising, because financial regulation is so friggin’ arcane. Quick, what’s a credit default swap? A collateralized debt obligation? Are they examples of derivatives or not? Sure, readers of this blog likely know the answers to those questions, but I guarantee you that 99% of registered voters do not know the answer. The fact that public pressure and attention is still mobilized on this issue is unusual.

I think it’s tied into the one part of the story that [Noam] Scheiber failed to mention — the SEC indictment of Goldman Sachs. Whether what Goldman did or not was actually illegal is not the issue. There was a lot of reporting about what Goldman actually did — and it seems like they weren’t acting like just a couple of bookies. The indictment changed the political optics of financial regulation and dramatically reduced the utility of lobbying from the financial sector.

The Goldman indictment might have something to do with this, but I’d personally give it about as much credit as Anthem’s 39% insurance rate hike gets for helping pass healthcare reform: not that much. (Not zero. A little push when things are already going your way is always helpful. But in the great scheme of things, not a lot more than zero.)

I’d make a few points. First, Blanche Lincoln’s surprisingly tough derivatives proposal came before the Goldman indictment. Second, 60 Minutes and other popular outlets have been banging the derivatives drum pretty hard for a while — and always with an intensely negative spin. This stuff isn’t quite as arcane as it used to be. Third, the fact that it’s still mostly arcane is a feature, not a bug.

That last requires a little explanation. If you propose an agency that’s going to regulate consumer credit, it’s entirely possible to get the citizenry riled up about it. You make some arguments about how it will make it harder to get a home loan or qualify for a credit card or something like that. People get that. If you pitch your argument right, they’ll respond. Ditto for resolution authority. It’s a little harder, but still, people sort of understand bankruptcy and they sort of understand the proposition that a $50 billion pool is a “bailout fund.” It doesn’t matter if the argument is bogus, just that it makes some kind of sense at a visceral level.

But derivatives? It’s the fact that they’re arcane that makes them such a great target. Think about it. It’s almost impossible to explain them at all, and completely impossible to explain them in a way that makes them sound like a good thing to the average joe. The best you can do is make an argument about, say, airline companies hedging fuel prices, but even that’s pretty arcane and only applies to huge corporations. The average guy just can’t be convinced that there’s any upside to allowing Wall Street free rein with these things. Conversely, they’re really easy to demonize. If you were looking for a poster child for Wall Street tycoons ripping off ordinary folks with pure paper shuffling, derivatives would be it.

I’m not talking about substance here. Derivatives reform is important, but there are two or three things I’d rank above it. (1. Leverage. 2. Leverage. 3. Leverage) But from a pure PR perspective, the very fact that derivatives are (a) arcane and (b) solely the preserve of gigantic Wall Street firms make them a perfect target. The fact that the White House has figured this out — and that the business lobby can’t figure out how to fight back against it — doesn’t surprise me a bit.