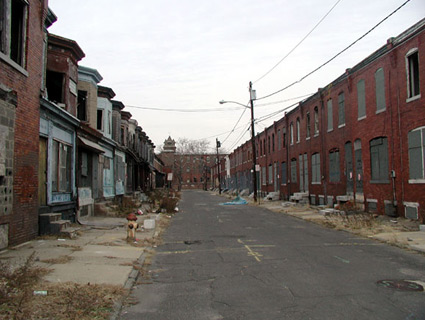 You have heard, perhaps, that rich people in America are egregiously overtaxed. And the poor? They’re the lucky duckies! Why, 47 percent of Americans pay no taxes at all!

(This is not true, of course. Many poor and elderly Americans pay no federal income tax, but they pay plenty of other taxes.)

Still and all, it’s true that the federal income tax is indeed progressive. Conservatives are right about that—though it’s not as progressive as it used to be, back before top marginal rates were lowered and capital gains taxes were slashed in half. But conservatives are a little less excited to talk about other kinds of taxes. Payroll taxes aren’t progressive, for example. In fact, they’re actively regressive, with the poor and middle classes paying higher rates than the rich.

Answer: They aren’t. The Corporation for Enterprise Development recently released a scorecard for all 50 states, and it has boatloads of useful information. That includes overall tax rates, where data from the Institute on Taxation and Economic Policy shows that in the median state (Mississippi, as it turns out) the poorest 20 percent pay twice the tax rate of the top 1 percent. In the worst states, the poorest 20 percent pay five to six times the rate of the richest 1 percent. Lucky duckies indeed. There’s not one single state with a tax system that’s progressive. Check the table below to see how your state scores.