Politico has a long piece today about the Romney campaign being in disarray and how it’s all the fault of chief strategist Stuart Stevens. Ed Kilgore comments:

So long as there is Politico this kind of piece will continue to be published. What’s odd about it, however, is the timing: this sort of fragging from within a presidential campaign typically occurs early on, when the pecking order is still taking shape, or at some 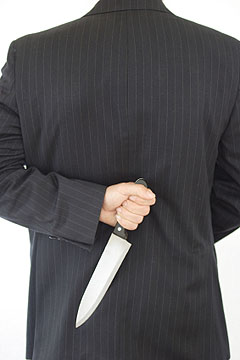 other obvious transition point like the beginning of the general election phase of the cycle. Actually, this piece is savage enough that you’d guess it would have appeared after election day. So it’s not a good sign for Team Mitt.

Hold on. Is this true? Ed knows about a thousand times more than me about this kind of stuff, so I really shouldn’t be arguing with him about this, but it seems to me that stories like this frequently appear at exactly this time during presidential campaigns. That is, they appear right at the point where a candidate appears to be in serious trouble, and senior staffers start desperately trying to point fingers away from themselves for the coming debacle. Sure enough, that’s where we are. Romney has had a rough summer, capped by a listless convention and polls showing Obama starting to open a substantial lead in swing states. The stink of defeat around Romney HQ these days is probably strong enough to make hardened sewer maintenance workers turn tail and run away.

Roughly speaking, then, my advice is to ignore this story. Oh, you can go ahead and read it. It’s good, clean fun. But it’s basically just rats deserting a sinking ship and trying to make sure that other rats get the blame. It’s a classic Beltway genre, and only the details change from campaign to campaign.