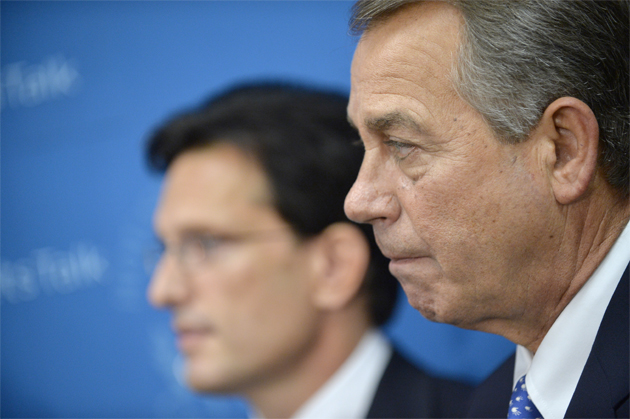 For most of the past year, the Republican Party has been threatening to refuse to raise the federal debt limit unless Democrats give in to a broad and varying set of demands. To understand just how reckless this brinkmanship is, you have to understand just what the debt limit is and what it means to breach it. So here’s an explanation in 10 short sentences:

2. The Treasury Department has been playing various games since then to continue paying all our bills while still technically remaining under the debt limit, but within a few days they’ll run out of tricks and the government will no longer be allowed to spend more money than it takes in.

3. These Treasury tricks are very much not business as usual, and the fact that we’ve been reduced to these kinds of shell games means that normal governance is already dangerously crippled.

5. This is the amount of debt we need to issue to pay for everything in the budget, which means that if the debt limit isn’t raised, we need to immediately cut spending by $560 billion, or $46 billion per month.

7. What’s worse, because the government’s computers are programmed to simply pay bills in the order they’re received, it’s not clear if the Treasury can specify which bills get paid and which don’t.

8. This raises the additional risk that interest on treasury bonds might not get paid—something that would put US debt in default and could be disastrous in a global economy that depends on US bonds being rock solid.

9. So those are our choices if Congress fails to raise the debt limit: Either we suddenly stop paying for critical programs that people depend on, or we default on US treasury bonds—or both.

10. The former would immiserate millions of people and probably produce a second Great Recession, while the latter would likely devastate the global economy.

Not much of a choice, is it? That’s why it’s time for Republicans to stop playing games with the financial equivalent of nuclear weapons and agree to raise the debt limit.