Remember that CDC study showing a dramatic drop in obesity among 2-5 year olds that I wrote about last month? I was skeptical that it was real, and today Sharon Begley of Reuters follows up. Her conclusion? The whole thing is almost certainly bogus:

The latest study is based a well-respected data set taken from the National Health and Nutrition Examination Survey, or NHANES….The 2011-2012 version of the survey included 9,120 people; 871 of them were 2 to 5 years old….”In small 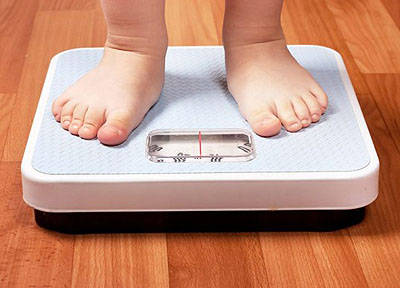 samples like this, you are going to have chance fluctuations,” said epidemiologist Geoffrey Kabat of the Albert Einstein College of Medicine in New York City.

….A study of preschoolers in the federal WIC (Women, Infants and Children) program, which provides food vouchers, nutrition classes and counseling to low-income families, found virtually no change in obesity rates….”We agree there is a slight downward trend in obesity among 2-to-5-year olds,” said Shannon Whaley, a co-author of the WIC study. “But a 43 percent drop is absolutely not what we’re seeing.” The WIC study included more than 200,000 children

….Other studies also raise questions about the 40 percent claim. An earlier CDC study, reported in JAMA in December 2012, found that the prevalence of obesity among 2-to-4-year olds in low-income families fell to 14.9 percent in 2010 from 15.2 percent in 2003. That represents an improvement of less than 2 [percent].

….For obesity rates to drop, researchers reckon, young children have to eat differently and become more active. But research shows little sign of such changes among 2-to-5-year olds, casting more doubt on the 43 percent claim….In 2010 Whaley and her colleagues examined the effectiveness of WIC classes and counseling to encourage healthy eating and activities for women and children in the program. Their findings were discouraging: Television watching and consumption of sweet or salty snacks actually rose, while fruit and vegetable consumption fell — changes that could lead to weight gain. One positive was a rise in physical activity.

To recap: the CDC study was small and had large error bars; other, larger studies find only slight drops in obesity; and there’s no indication of any behavioral changes that might have produced a dramatic weight loss. I’d add to that the fact that the CDC data showed no correlation between lower weight at ages 2-5 and lower weight a few years later at ages 6-11.

Bottom line: I hate to be such a buzzkill, but the CDC result seems highly likely to be nothing more than statistical noise. Childhood obesity has barely budged in the last decade.