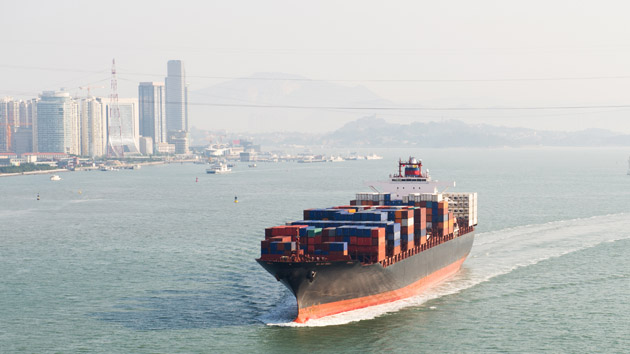 While Kevin Drum is focused on getting better, we’ve invited some of the remarkable writers and thinkers who have traded links and ideas with him from Blogosphere 1.0 to this day to contribute posts and keep the conversation going. Today we’re honored to present a post from Matt Yglesias, currently the executive editor of Vox.

There is almost nothing in the whole wide world that economists like better than recounting David Ricardo’s basic case for free trade. And this is sort of understandable. It’s a really cool idea!

If you don’t believe me, check out Paul Krugman’s 1995 essay on the subject. But for the dime store version, what Ricardo showed—and what economists have been enthusing about ever since—is that Country A benefits (in the sense of what’s nowadays known as Kaldor-Hicks Efficiency) from opening up its domestic producers to competition from imports from Country B, even if Country B is better at producing everything.

But oftentimes enthusiasm for this result seems to lead Ph.D. economists into all kinds of wild irrelevancies like former Council of Economic Advisors Chair Greg Mankiw’s enthusiastic endorsement of the Trans-Pacific Partnership. Mankiw focuses on Adam Smith rather than Ricardo, but in both cases the point is the same—18th-century economists showed that the efficiency of an economy can be improved by opening itself up to imports from abroad.

This is very true, but it also tells us very little about the merits of a 21st-century trade agreement.

One huge flaw is that while classical economics has a fair amount to tell us about the wealth of nations, it doesn’t say much at all about the wealth of the individual people inside the nations. A trade deal that enriches Americans who own lots of shares of stock and Central Americans who own lots of plantation land could easily pass the (low) economic bar of efficiency while still making most people worse off.

But the actual text of the Jones Act says otherwise. What the 1920 law says is that a merchant marine “sufficient to carry the waterborne domestic commerce…of the United States” is “necessary for the national defense.” In other words, we dare not let foreign-owned ships outcompete domestic ones as a matter of national security.

Conversely, if you look at Japan’s legendarily protected domestic automobile market you will find essentially nothing in the way of formal barriers to foreign trade. Tariffs on imported automobiles, for example, are currently at zero. The way it works, according to the American Auto Council, is that “Japan has used automotive technical regulations as a means to protect local markets by creating excessively difficult and costly regulatory and certification requirements, with little or no safety or emissions benefits.”

That these regulations are mere protectionism is overwhelming conventional wisdom in the United States. But of course, proponents of the Japanese status quo no more see it that way than do proponents of the Jones Act here at home. These are necessary regulations! This is the dilemma of the modern trade agreement.

Smith and Ricardo never imagined a world in which governments routinely regulated large classes of products to promote consumer safety, workers’ rights, environmental goals, or national security goals. But lurking behind every regulation is potentially a barrier to trade. What the US Food and Drug Administration sees as public health regulation of dangerous cheese bacteria looks like protectionism to French cheesemakers, and what European Union officials see as public health regulation of hormone-treated beef looks like protectionism to American ranchers.