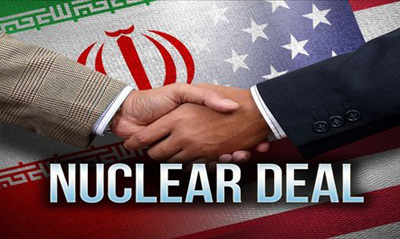 Arms control guru Jeffrey Lewis has long been skeptical that we could conclude a nuclear deal with Iran. Now that we have, he’s pored through the entire document and he says he’s impressed:

Max Fisher: Why is this a good deal?

Jeffrey Lewis: It’s a good deal because it slows down their nuclear program — which they say is for civilian purposes but could be used to make a bomb, and which we think was originally intended to make a bomb. And it puts monitoring and verification measures in place that mean if they try to build a bomb, we’re very likely to find out, and to do so with a enough time that we have options to do something about it.

There’s a verifiable gap between their bomb option and an actual bomb. That’s why it’s a good deal.

….Max Fisher: A lot of what you wrote throughout 2014 was skeptical. Not of the idea of the Iran deal, but rather skeptical that they could make it work, that they would get there in time, that they would have all the right conditions.

Jeffrey Lewis: That’s right. I had no faith whatsoever that they could pull this off.

Max Fisher: Now that we’re here, what grade would you give it?

Jeffrey Lewis: I would give it an A.

….Max Fisher: We did a post just rounding up tweets from arms control analysts on what they’re saying about the Iran deal, and it was really hard to find arms control analysts who seem to be critical of the deal on the non-proliferation merits. Maybe there are some we just missed, but it seems like the consensus was overwhelmingly positive, which was so interesting to me because it’s very different from the conversation among Middle East policy analysts, which is much more divided. Why do you think that is?

Jeffrey Lewis: ….As a deal, this is what deals look like. Actually, they usually don’t look this good….I see it as a really straightforward measure to slow down an enrichment program that was going gangbusters.

This is the kind of feedback I’ve been waiting for. Do technical experts who actually understand the nuances of the deal language think this is a good agreement? And apparently most of them do.

Conversely, the critics have mostly been focused on the fact that the deal eventually lifts the economic sanctions on Iran that have been in place for the past few years. This will improve the Iranian economy and give them more money to support terrorist groups like Hezbollah and the Houthis.

This is true, of course, but it was the whole point of the negotiations from the start. To oppose it on those grounds is basically to say that we should simply keep the sanctions in place forever. But that’s not even remotely feasible. Sanctions never last forever, especially when they have to be upheld by the entire international community. If the US flatly refused to negotiate, eventually the Chinese and Russians would drop out of the sanctions regime, followed by the Europeans, and then we’d be the only ones left. And sanctions from the US alone just wouldn’t have much impact on Iran.

In other words, the arguments in favor of the treaty are looking a whole lot more thoughtful and realistic than the arguments against it. But it’s primary season for Republicans, so I suppose that doesn’t matter all that much. Iran is bad, therefore a deal with Iran is bad. It’s good enough for the campaign trail.