Lydia DePillis tells us today about Paul Khouri, who has a rare and expensive medical condition. After steadily losing hours at his job, he finally lost his health insurance:

So instead of going out and trying to support himself with another job, Khouri took the safer option: Applying for Social Security disability insurance and Medicaid. It was a long process, requiring visits to doctor after doctor. Finally getting approved brought some relief — until he realized that returning to work would bring new complications. If he earned more 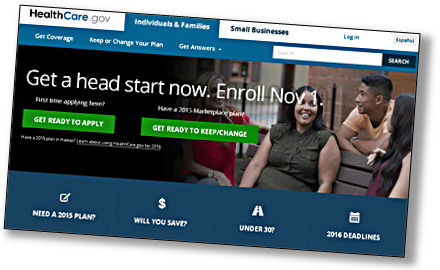 than about $1,000 every month, he would quickly lose the medical assistance he desperately needed.

“It’s really scary when you’re worried about how much money you can make, because you don’t want to make too much,” Khouri says. “But at the same time, the benefits aren’t enough.” The average federal disability check is about $1,200 a month, which puts people right around the poverty line; Khouri is staying in his parents’ house to save on rent.

The prospect of falling over the “cash cliff,” as the sudden dropoff in disability insurance is known, is part of what’s keeping people with disabilities out of the workforce, despite many programs put in place over the years to reduce that disincentive.

DePillis spins this out as a way of explaining some problems with the Social Security disability program, but this is a little unclear. Khouri was apparently able to get a new job that paid $30,000 per year, but couldn’t accept the full salary because he wanted to stay eligible for Medicaid benefits. But he can’t be turned down for Obamacare, so why not sign up for that? With an expensive condition, Khouri would likely pay the full $2,000 annual premium plus the $6,600 out-of-pocket max every year, but that would still leave him with $21,400. Even after taxes, this is more than he gets from disability payments, and he wouldn’t have to limit his future promotions.

Maybe I’m missing something. It’s true that Medicaid is more reliable, since you can’t lose it regardless of whether you have any income. More generally, this stuff can be tricky and there are sometimes details that aren’t obvious from the outside. Still, while a better, more universal health care system would certainly help here, even Obamacare seems like it would help a lot.