Whatever else you can say about Donald Trump, you have to give him credit for not avoiding the press. Take today’s mythbusting story in the New York Times, for example:

While Trump remains a visible brand name around the city’s five boroughs, it is much harder to discern his imprint as a classic power broker, someone who is feared and can make things happen with a phone call or a quiet aside with the right person at the right time.

His real estate holdings in New York are modest….He rarely interacts with top politicians or government officials, or contributes to campaigns….Though he portrays himself as a major developer, his companies’ highest profile ownership stakes in real estate in New York include an office building on Wall Street; part of another on Avenue of the Americas; commercial space at Trump Tower on Fifth Avenue, where he lives; and parking below the Trump Plaza on East 61st Street.

….The major banks, for their part, say they are leery of lending to him after having lost millions of dollars on past deals. Lawyers and contractors he has hired in the past say he is slow to pay his bills, and often 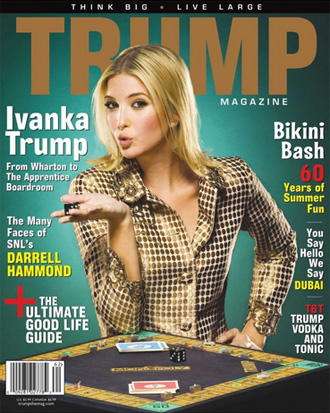 shortchanges them. Even the few Wall Street executives who say privately that he is a friend are loath to speak publicly about him.

If you called the Rubio or Cruz press shops for reaction to a story like this, they’d probably decline comment. They certainly wouldn’t put the candidate himself on the line. But Trump? No problem. He was happy to respond:

On the parking below Trump Plaza: “It’s a very successful garage.”

On his low New York profile: “I’m less focused on New York now. I started going international and national, which is what we are doing now, and then I did the presidential thing, so that to me is cooler than all of it.”

On not paying his contractors promptly: “If they do a bad job, they have to suffer.”

On the reluctance of banks to extend loans to him: “I don’t use Wall Street much because I don’t need money.”

This is all BS, of course, just like his “Cash is king” nonsense in the early 90s when he was liquidating everything he could lay his hands on—not because cash was king, but because his businesses were all failing. As for going international, he didn’t have much choice. No one would loan him money that would just get flushed down the toilet on failed development projects, so instead he licensed his name to rubes from the Middle East. And since he was still desperate for money, he cranked up every penny-ante, late-night shill he could think of to bring in a few bucks: Trump water, Trump vodka, Trump magazines, Trump steaks, Trump mortgages, Trump university, Trump energy drinks. As near as I can tell, they were basically all failures. If they weren’t, surely Trump would be trumpeting how much money he made from them.

Anyway, none of that matters anymore. He’s now doing the “presidential thing,” which is “cooler” than any of his other hustles. And the rubes are still buying it.