Macroeconomics is the study of big stuff: interest rates, recessions, unemployment, inflation, long-term economic growth, etc. It didn’t exactly bowl anyone over with its predictive success during the Great Recession, and ever since economists have been locked in an epic 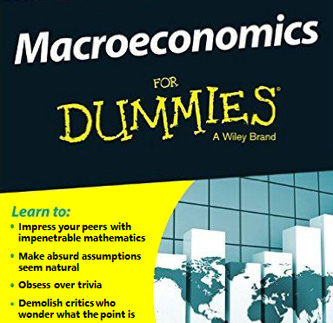 existential struggle. What’s wrong with macroeconomics? Paul Romer—former renowned academic and now chief economist of the World Bank—suggests that the answer is simple. It’s all bullshit:

Once macroeconomists concluded that a macroeconomic aggregate could fluctuate in the absence of any decision by any person, macroeconomists piled on extra imaginary driving forces. The resulting menagerie, together with my suggested names now includes:

With the possible exception of phlogiston, they assumed that there is no way to directly measure these forces. In principle, phlogiston can in measured using the methods of growth accounting. In practice, the calculated residual is very sensitive to mismeasurement of the utilization rate of inputs in production so that even in this case, direct measurements are frequently ignored.

Well, this isn’t going to make him any friends, is it? But he doesn’t care:

When the person who says something that seems wrong is a revered leader of a group…there is a price to be paid for disagreeing with openly. This price is lower for me because I am no longer an academic. I am a practitioner, by which I mean that I want to put useful knowledge to work. I care little about whether I ever publish again in leading economics journals or receive any professional honor because neither will be of much help in putting useful insights to work.

For the record, Romer is calling out one theory and one mathematical construct. The theory is RBC, or Real Business Cycle theory, which suggests that fluctuations in growth are caused by external shocks (oil prices, new inventions, etc.) not by anything central banks do. The mathematical construct is DSGE, or Dynamic Stochastic General Equilibrium. Dynamic means that lots of things are changing over time. Stochastic means random, as in random shocks to the economy. General Equilibrium means that the theory produces a result in which the broad economy is in equilibrium.

Do you want to read Romer’s paper? That depends. I found it bracing to read a famous economist trash the entire output of his own field over the past few decades, and do it with the acid tongue that only someone retired from academia can bring to bear. On the other hand, is he right? Are RBC and DSGE complete dead ends? Or are they merely in need of improvement and Romer is being crotchety about it? Beats me. The famous economists are going to have to hash that out among themselves.