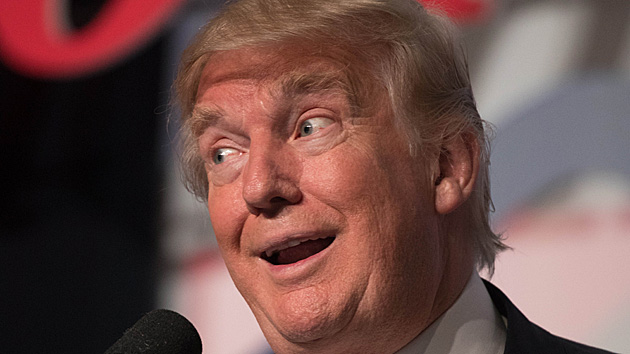 Every day brings new stories out of the White House about what an idiot Donald Trump is. I kinda sorta try to stay away from them, with only sporadic success. But this one is worth it for reasons unrelated to the anecdote itself. Here are S.V. Date and Christina Wilkie:

President Donald Trump was confused about the dollar: Was it a strong one that’s good for the economy? Or a weak one?

So he made a call?except not to any of the business leaders Trump brought into his administration or even to an old friend from his days in real estate. Instead, he called his national security adviser, retired Lt. Gen. Mike Flynn, according to two sources familiar with Flynn’s accounts of the incident.

Flynn has a long record in counterintelligence but not in macroeconomics. And he told Trump he didn’t know, that it wasn’t his area of expertise, that, perhaps, Trump should ask an economist instead.

Just for the record, the answer about the dollar is: it depends. But a weak dollar is good for boosting exports and reducing the trade deficit, so that’s probably what Trump was looking for.

Unsurprisingly, Trump’s volatile behavior has created an environment ripe for leaks from his executive agencies and even within his White House. And while leaks typically involve staffers sabotaging each other to improve their own standing or trying to scuttle policy ideas they find genuinely problematic, Trump’s 2-week-old administration has a third category: leaks from White House and agency officials alarmed by the president’s conduct.

…Information about Trump’s personal interactions and the inner workings of his administration has come to HuffPost from individuals in executive agencies and in the White House itself. They spoke on condition of anonymity for fear of losing their jobs.

While some of the leaks are based on opposition to his policies—the travel ban on all refugees and on visitors from seven predominantly Muslim nations, for instance—many appear motivated by a belief that Trump’s words, deeds and tweets pose a genuine threat.

This is truly bizarre and unique. Every new White House has lots of growing pains and plenty of leaks. But they never feature leak after leak after leak portraying the president as a boob. That’s something new.

At this point, I’m mostly curious about who’s doing the leaking. Is it career staff from the Obama era who are still working in the White House until they get reassigned? Or is this coming from folks who were actually hired by Trump? If it’s the former, it’s still unprecedented but probably just represents lingering resentment. However, if Trump’s own people think he’s an idiot and are happy to let the whole world know it, something is very, very wrong.

But I don’t know which it is.