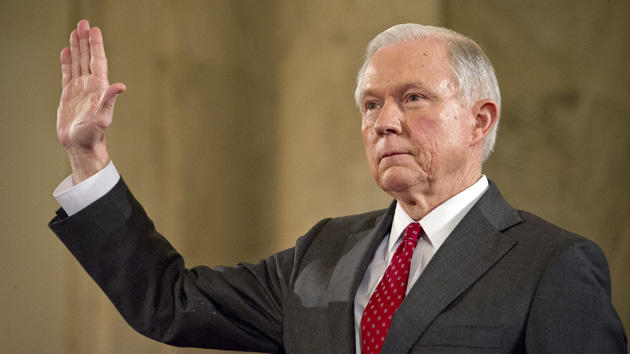 Okay, I’m back from lunch. Have any more shoes dropped in the Jeff Sess—

Attorney General Jeff Sessions said Thursday he will recuse himself from any investigations related to the 2016 presidential campaign, which would include any Russian interference in the electoral process…The announcement comes a day after The Washington Post revealed that Sessions twice met with Russian Ambassador Sergey Kislyak and did not disclose that fact to Congress during his confirmation hearing.

Okey doke. I guess we all saw that coming. Anything el—

Michael T. Flynn, then Donald J. Trump’s incoming national security adviser, had a previously undisclosed meeting with the Russian ambassador in December to “establish a line of communication” between the new administration and the Russian government, the White House said on Thursday. Jared Kushner, Mr. Trump’s son-in-law and now a senior adviser, also participated in the meeting at Trump Tower with Mr. Flynn and Sergey I. Kislyak, the Russian ambassador.

Huh. Well, Kushner is supposedly going to be dealing with foreign policy issues, so I suppose that makes sense. It’s all above board and—

Kislyak wasn’t caught on CSPAN camera for Trump Tower meeting w/Kushner and Flynn in December, so was deliberately brought in the back way

Look, can I finish a question, please? Obviously we don’t know what Sessions and Kislyak talked about, but is there any evidence at all linking their meeting to Russian hacking? Even something circumstantial?

And then, 5 days after #Sessions-Kislyak meeting, guess what happened? Hacked DNC emails were released. 10/ pic.twitter.com/Nl5y6uNWpA

Well, I’m sure there’s an innocent explanation for all this. Probably lots of senators chat with Kislyak now and again just to size up Russia’s intentions, don’t you think? Especially those with direct concerns about Russia, like Sessions’ fellow members of the Armed Services Committee.

We reached all 26 members of the 2016 Armed Services Committee to see who met with Russian envoy Kislyak in 2016. Sessions was the only one.

Come on. All this happened while I was at lunch?

I can hardly wait for dinner.