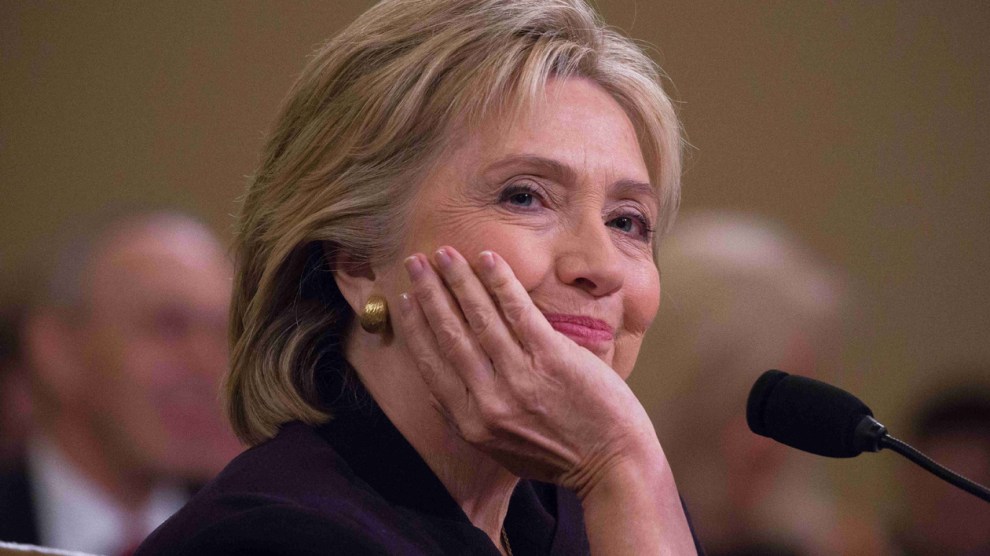 I promise you I’m not making this up:

The State Department has opened a formal inquiry into whether former Secretary of State Hillary Clinton and her aides mishandled classified information while she was the nation’s top diplomat….Depending on the outcome of the current State Department inquiry, Clinton and her aides could have their access to sensitive government documents terminated.

Note to Republicans: Hillary lost. She will never run for anything again. And you didn’t just beat her. You beat her in the most humiliating way possible: on the back of a jaw-droppingly unqualified and emotionally unstable former reality-TV star who now occupies the Oval Office and spends his days tweeting bitterly about his latest imagined slights. Isn’t that enough? Is there truly nothing that will sate your unholy obsession with Bill and Hillary Clinton?

On the bright side, I guess we finally have evidence of at least one thing that Rex Tillerson has accomplished in the past few months.