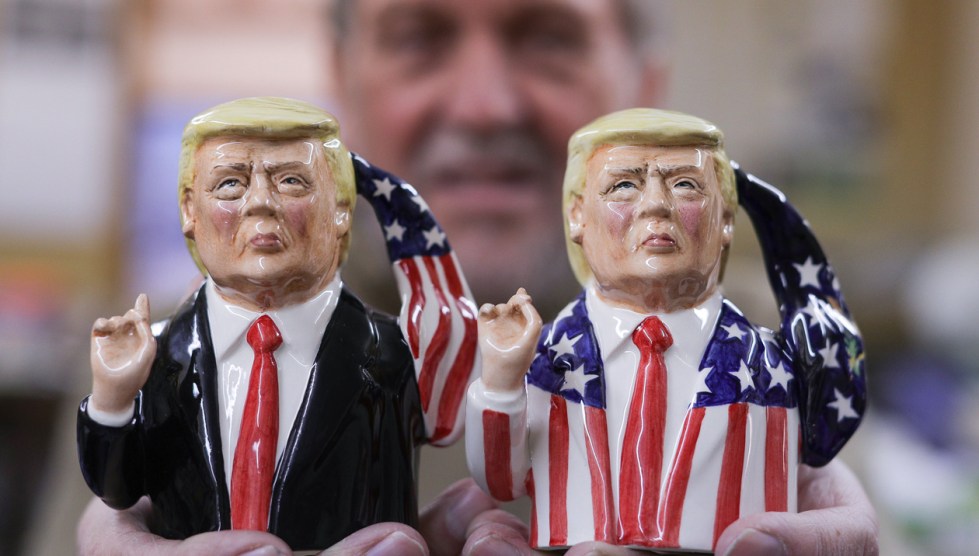 Michael Schmidt of the New York Times held an impromptu interview with President Trump at Mar-a-Lago yesterday, and there are takes galore lighting up the internet. Probably all of them are accurate, but for my money the main takeaway isn’t something you can illustrate with an excerpt from the interview. But I’ll try anyway:

TRUMP: I actually think we can get as many Democrat votes as we have Republican. Republicans want to see infrastructure. Michael, we have spent, as of about a month ago, $7 trillion in the Middle East. And the Middle East is worse than it was 17 years ago….And if you want $12 to fix up a road or a highway, you can’t get it…. I believe we can do health care in a bipartisan way, because now we’ve essentially gutted and ended Obamacare.

….Wait, wait, let me just tell you. … Also, beyond the individual mandate, but also [inaudible] associations. You understand what the associations are….So now I have associations….That’s gonna be millions and millions of people….Now I’ve ended the individual mandate. And the other thing I wish you’d tell people. So when I do this, and we’ve got health care, you know, McCain did his vote. … But what we have. I had a hundred congressmen that said no and I was able to talk them into it. They’re great people.

Two things: No. 1, I have unbelievably great relationships with 97 percent of the Republican congressmen and senators. I love them and they love me. That’s No. 1. And No. 2, I know more about the big bills. … [Inaudible.] … than any president that’s ever been in office. Whether it’s health care and taxes.

This is a taste, but you have to read the whole interview to really get it. This simply is not a man in full control of his mental faculties. He’s always been narcissistic and blowhardish, but over the course of the interview he’s completely unable to stay focused on a topic for even a few seconds. He veers off into his Electoral College win constantly. He stops to insist there’s no Russian collusion at least a dozen times. He displays no knowledge of anything. It’s like talking to a third-grader.

I don’t know what’s going on with the guy, but even by Donald Trump standards he’s not all there. This is not someone who should be occupying the Oval Office.