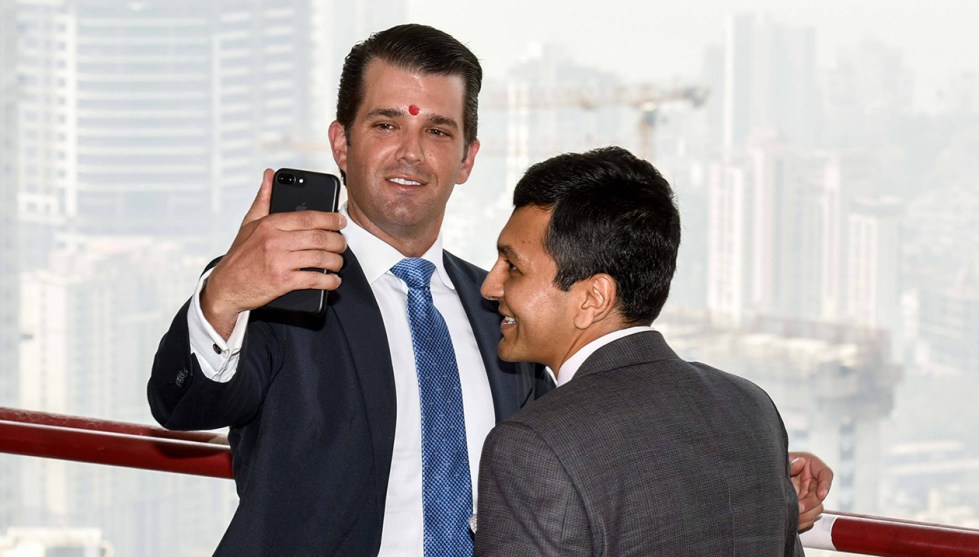 Is this the stupidest man in the world? Maybe!Imago via ZUMA

I never quite got around to writing about this, but it’s worth highlighting just how baldly and relentlessly Donald Trump has lied about Don Jr.’s meeting with a Russian attorney at Trump Tower during the 2016 campaign. Here’s an abbreviated timeline:

July 7, 2017: The New York Times, which has learned about the meeting, calls the White House for comment.

July 8: The White House releases a statement from aboard Air Force One explaining that the Trump Tower meeting was a big nothingburger that included no discussions of any substance. It was just about adoptions.

July 20: Mark Corallo, a spokesman for Trump’s legal team, quits because he’s afraid the statement amounts to obstruction of justice.

Rest of 2017: Various Trump spokespeople insist over and over that Trump himself had only recently learned about Don Jr.’s meeting and had nothing to do with the statement issued from Air Force One.

January 2018: Trump’s lawyers admit privately in a memo to Robert Mueller that Trump was not only involved in the statement, he dictated it.

There’s more to the story, but it’s sometimes useful to see the bare skeleton in a single place. Whatever happened at that meeting in June 2016, Trump has spent a considerable amount of time trying to cover it up; lying about it when it was eventually discovered; and then lying some more when the lies were discovered. Maybe this is just his usual MO, but we’ve never seen it in the past because Trump was never under such intense scrutiny. Maybe. But these sure don’t seem like the actions of an innocent man, do they?