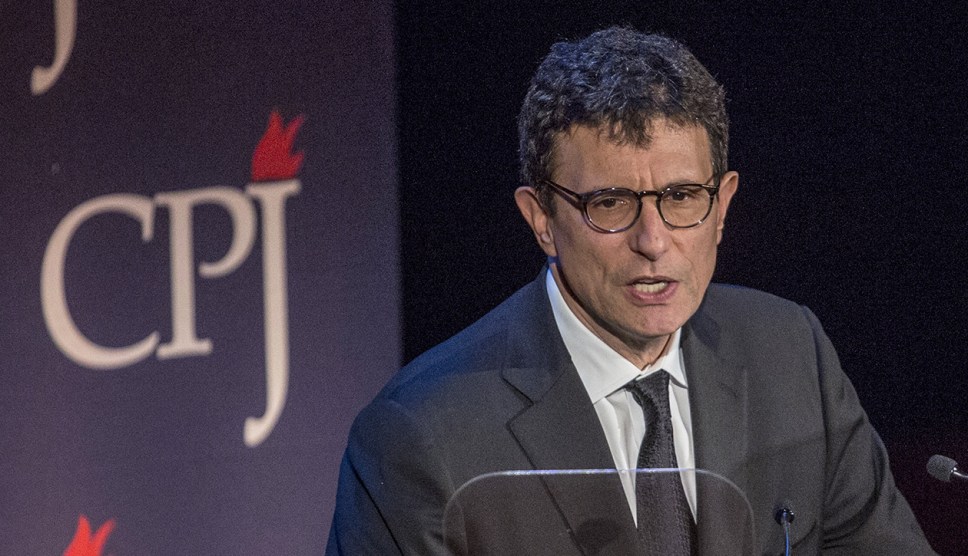 The New Yorker Festival, which will take place next month, will take place without Steve Bannon. After he was invited, other folks started dropping out in droves, and before long it looked as if it would be more like a New Yorker coffee klatch than anything else. Editor David Remnick carefully considered his options, and then called Bannon to tell him to get lost.

This is something of a mini-scandal on the right, which is shocked that we lefties are so thin-skinned that we can’t bear the thought of even being at the same event as Steve Bannon, let alone listening to his words. But before anyone gets too outraged by all this, I’d like to draw your attention to a New York Times article explaining the timeline:

Correspondence from The New Yorker to Mr. Bannon, which was obtained by The Times, shows that the talk had been planned for two months.

Mr. Bannon said Monday that he and Mr. Remnick had been trying to work out a time to sit down for one of the magazine’s podcasts. On July 2, a producer working with the magazine emailed Mr. Bannon to say that because they had not yet made something work, they would like instead to host him at The New Yorker Festival in October. “I get the sense you’re still interested in a conversation with David. So, how about we make an event of it?” the email to Mr. Bannon said.

Attached was a scanned copy of a formal letter of invitation signed by Mr. Remnick saying that the magazine would accommodate any travel needs and pay an unspecified honorarium. (Mr. Bannon said Monday that he accepted without giving any thought to the fee.)

For weeks (months?), Bannon apparently couldn’t find the time to do a podcast, even though a podcast can literally be scheduled for any time and any place. But as soon as he was offered “an event,” suddenly he was available at the New Yorker’s bidding. It’s almost as if Bannon didn’t really care all that much about being allowed to speak, only being allowed to speak under specific circumstances that would glorify his mangy “philosophy.”

Plenty of people objected to that, and I don’t blame them. The New Yorker needs to rethink its place in the world if they believe it’s “edgy” or “contrarian” to invite someone with odious ideas that are universally known already. What’s the point? It’s not hard to outrage people, and it’s not hard to find racist conspiracy mongers who think we need to destroy Islam before they destroy us. Back when Bannon worked at the White House you could at least make the argument that his views were important because he had the ear of the president, but even that’s not true anymore. Bannon’s influence these days is close to zero and his ideology is about fresh and compelling as Mein Kampf. Why on earth would any kind of festival with even the slightest pretense toward serious thought want to give Bannon’s juvenalia a stage? It’s not edgy, it’s boring.

David Remnick may have been embarrassingly forced into making this decision, but he’s lucky that he was. This was a dumb and obnoxious idea from the start.