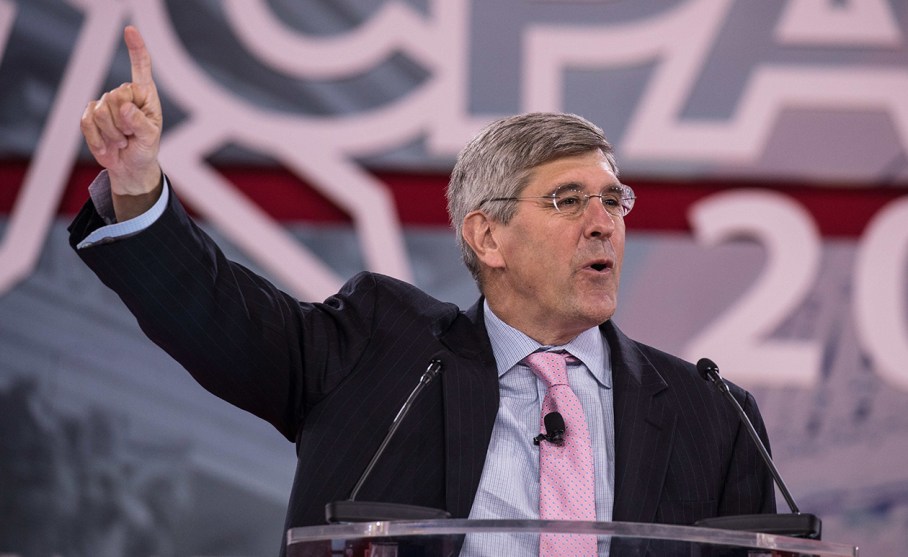 Donald Trump has nominated Stephen Moore, a TV buddy of Larry Kudlow, to serve on the Federal Reserve Board of Governors. This is about like nominating Dr. Phil to run the CDC. Or, come to think of it, like choosing Larry Kudlow as director of the National Economic Council.

But this is what we expect from Trump these days, and I imagine the Republican Senate will handwave Moore’s nomination through. The Wall Street Journal explains what caught Trump’s attention:

Mr. Trump spoke to Mr. Moore to compliment the economic commentator on an opinion article he co-authored last week calling the Fed Chairman Jerome Powell’s policy moves a threat to the U.S. economy….Moore for many years argued against the Fed’s postcrisis policies to keep rates low and to buy long-term bonds to stimulate growth, warning that the measures would stoke high inflation. But he has recently said the Fed is making money too tight, echoing Mr. Trump’s criticism of Mr. Powell and the Fed.

Moore is a hack who argued—absurdly—for high interest rates as long as a Democrat was in office, but then made a sudden U-turn when a Republican president needed to be sucked up to. And it’s paid off. It’s impossible to flatter Donald Trump so much that he figures out what you’re doing, and sure enough, Moore’s willingness to abase himself to Trump’s beliefs has earned him a big promotion.

Welcome to the 2019 version of America.