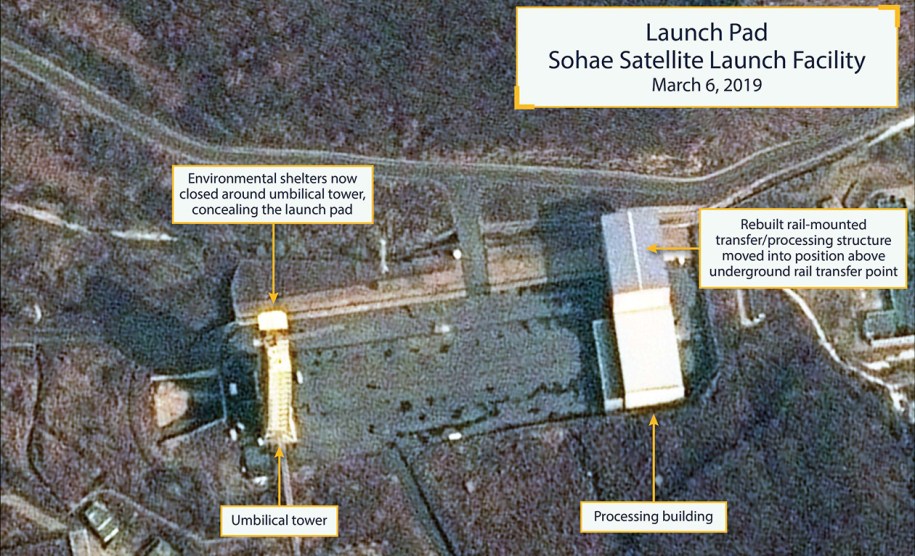 Airbus via the Center for Strategic and International Studies

Please break out your tiny violins for Trump officials who hate the fact that “unofficial” reports of North Korea’s missile activity are showing up in their newspapers:

Senior U.S. officials involved in the negotiations with North Korea can barely contain their disdain for the unofficial analysis, viewing it as overly pessimistic and potentially disruptive to their efforts.

“The tendency to reach these snap conclusions is, in my view, a little bit hasty,” Stephen Biegun, the special U.S. envoy for North Korea, said at a Washington conference Monday….John Bolton, Trump’s national security advisor, similarly dismissed recent overhead images showing rail cars and other activity at Sanumdong, a facility near Pyongyang where North Korea has assembled some of its intercontinental ballistic missiles and satellite-launching rockets.

….No one suggests the analysts are endangering national security. But evidence that Kim’s government is continuing its missile and nuclear weapons development deepens questions about whether Trump is engaged in a fruitless diplomatic initiative….U.S. intelligence agencies that study the reclusive North Korean government use communication intercepts, defector reports, reconnaissance flights and other sources. Sophisticated spy satellites transmit classified images said to be substantially more detailed than those publicly available.
That enables them to keep surveillance on dozens of sites where Kim’s government is believed to be working on nuclear weapons or long-range missile components.

Well boo hoo. Trump’s idiotic negotiations with North Korea are about as public as anything could possibly be. Hell, Henry VIII would be jealous of Trump’s prowess at personal promotion. So of course Trump doesn’t want to see evidence on his TV showing just how idiotic his love affair with Kim Jong Un is. That’s why analysis from all these disdainful intelligence officials is kept far, far away from public view. It’s because it embarrasses the president, not because it’s wrong or because it endangers national security.

Look, we all know that even if intelligence agencies are doing their best to provide honest analysis, Trump routinely refuses to listen to them. But he does listen to Fox & Friends every morning. So if you want to force him to face reality, your only hope is to plaster it all over the media, which Trump does listen to. Quit bellyaching.