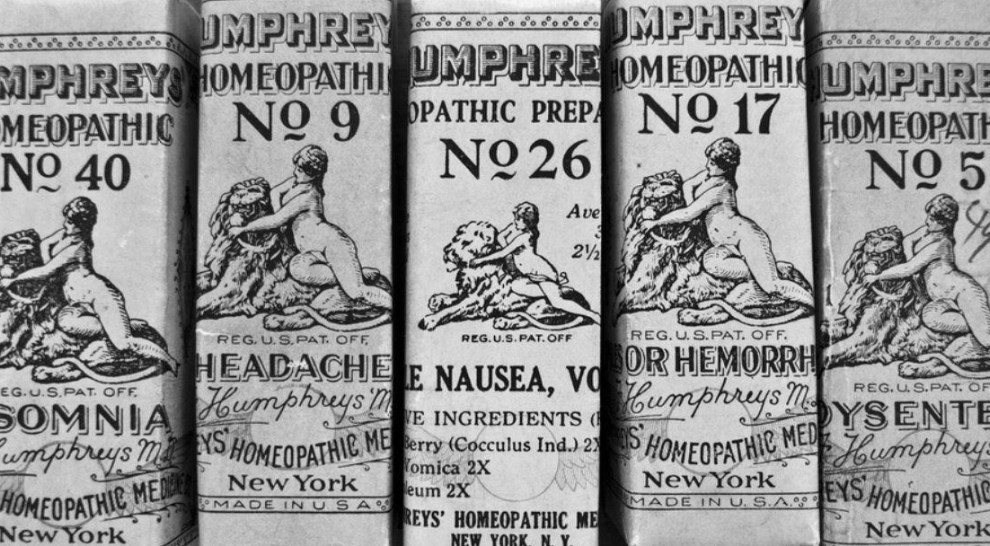 Pascal-Emmanuel Gobry has a long thread on Twitter that starts off with the fact that homeopathy is subsidized by the national health service in France:

To be clear: the government’s independent health agencies don’t make stuff up about homeopathy. But it is a lie by omission. It is taken for granted by ordinary people that national insurance will pay only for “legitimate” treatments.

Doctors willingly participate in the conspiracy because it’s easier to prescribe a patient a placebo for a tummy ache than explain that they should just tough it out.

This reminds me of a story. About five years ago I developed an unexplained breathing problem, and in addition to a pulmonologist I also saw a GP. My regular GP couldn’t fit me in, so I ended up seeing one randomly selected for me by Kaiser. On my first visit, she gave me a tubelike thing and some instructions about breathing exercises to do with it. On my second visit, when I reported that I had been doing the exercises religiously but they hadn’t helped, she suggested (a) that I might have some kind of lung inflammation at the “submolecular” level that MRIs couldn’t pick up, and (b) that if I was so inclined, I might head over to the health food store and buy a homeopathic remedy. At that point I closed off the conversation as quickly as I could and left.

Later on, when I saw my pulmonologist and told him about the breathing exercises, he told me to stop immediately because they would only make things worse.

There’s no point to this story except to wonder if perhaps my GP had been trained in France. On my charitable days, I assume she didn’t really believe in homeopathy but was only suggesting it as a placebo. That’s a little hard to credit, though, since the medical record of my visits—not to mention five minutes of watching me—pretty clearly suggested a physical problem, not some weird mental reaction.

Anyway, in case you’re curious, my problem was eventually solved by prednisone and time. But it was never cured completely. It’s still a mystery.