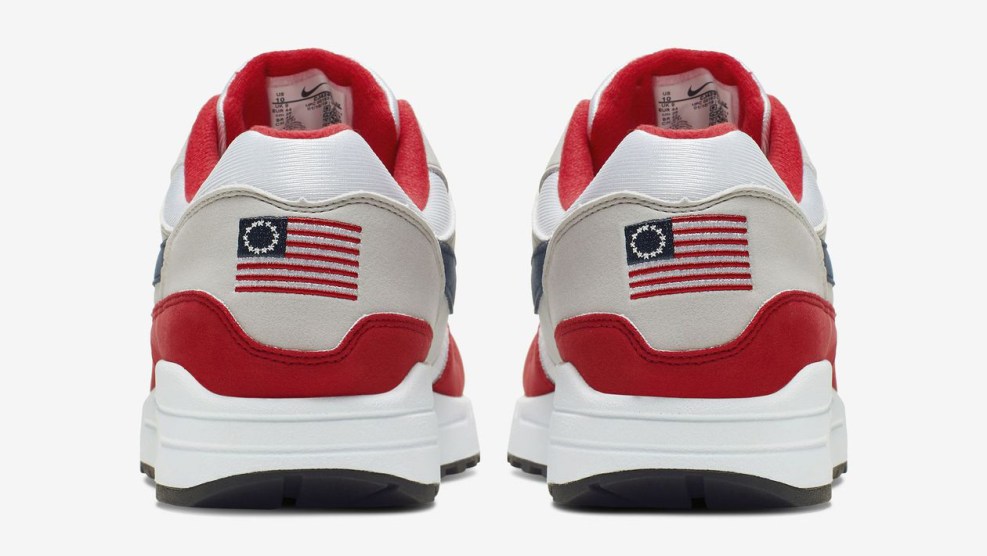 Nike has withdrawn a pair of sneakers that featured the original version of the US flag:

After shipping the shoes to retailers, Nike asked for them to be returned without explaining why, the people said. The shoes aren’t available on Nike’s own apps and websites. “Nike has chosen not to release the Air Max 1 Quick Strike Fourth of July as it featured the old version of the American flag,” a Nike spokeswoman said.

After images of the shoe were posted online, Mr. Kaepernick, a Nike endorser, reached out to company officials saying that he and others felt the Betsy Ross flag is an offensive symbol because of its connection to an era of slavery, the people said. Some users on social media responded to posts about the shoe with similar concerns. Mr. Kaepernick declined to comment.

This sure seems like a mighty broad complaint category. Everything from Plymouth Rock to Appomattox Courthouse is connected to our era of slavery. I wonder how widely held Kaepernick’s view of Betsy Ross is?