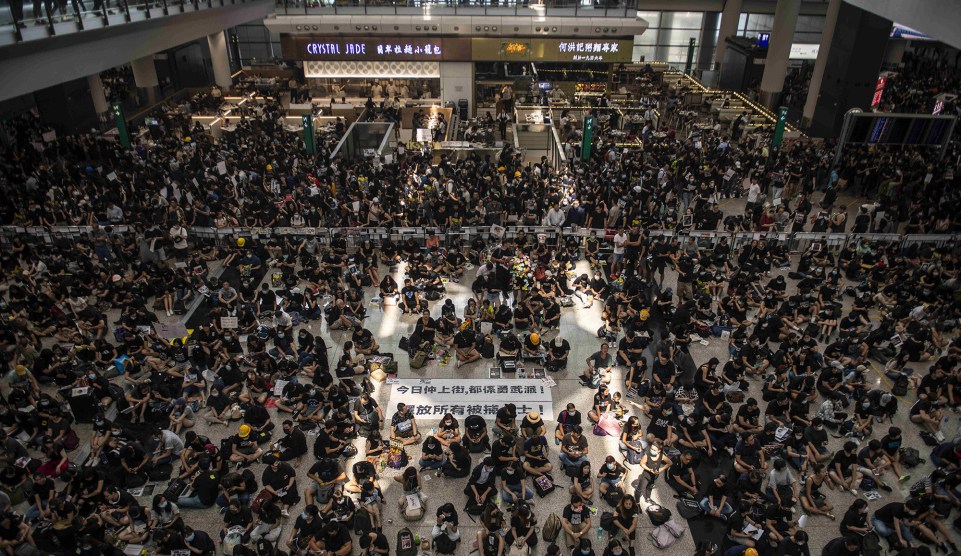 The protests in Hong Kong started in June over opposition to an extradition bill that would allow Hong Kong residents to be tried in China. If, like me, you haven’t followed events closely since then, you might wonder what the protest has morphed into now that the extradition bill is effectively dead. The Washington Post provides a brief list:

The last two are the key ones. The protests are now focused primarily on police reform and on the steadily increasing influence of Beijing on Hong Kong policies and politics.

China’s response has been brutal but has not yet escalated to full Tiananmen Square level. For one thing, Chinese officials have social media at their disposal, which allows them to create an alternate reality for their own people as well as the rest of the world:

In recent days, China has more aggressively stirred up nationalist and anti-Western sentiment using state and social media, and it has manipulated the context of images and videos to undermine the protesters. Chinese officials have begun branding the demonstrations as a prelude to terrorism.

The result, both in mainland China and abroad, has been to create an alternate version of what, seen from Hong Kong, is clearly a popular demonstration movement. In China’s version, a small, violent gang of protesters, unsupported by residents and provoked by foreign agents, is running rampant, calling for Hong Kong’s independence and tearing China apart.

In fact, the protests have been mostly peaceful—there have been exceptions—and the protesters are not calling for Hong Kong’s independence. Just for starters, they know this would be a true red line for Beijing that would produce a no-holds-barred response. But it’s what the Chinese authorities would like the population of China to think so that they continue to approve of whatever China does end up doing.

And what about the United States and the West? It’s an “internal” issue and everyone is staying pretty quiet about it. Partly this is legit: the last thing the Hong Kong protesters need is any excuse, no matter how thin, for China to be able to claim that their protests are driven by “foreign elements.” But partly it’s also about not drawing China’s wrath. There have been scattered demands that China “respect” the right of peaceful protest, but not a whole lot else. Trade deals, Brexit, and North Korean missiles are using up everyone’s allotment of concern for East Asia, and there’s just little appetite left over for yet another confrontation.