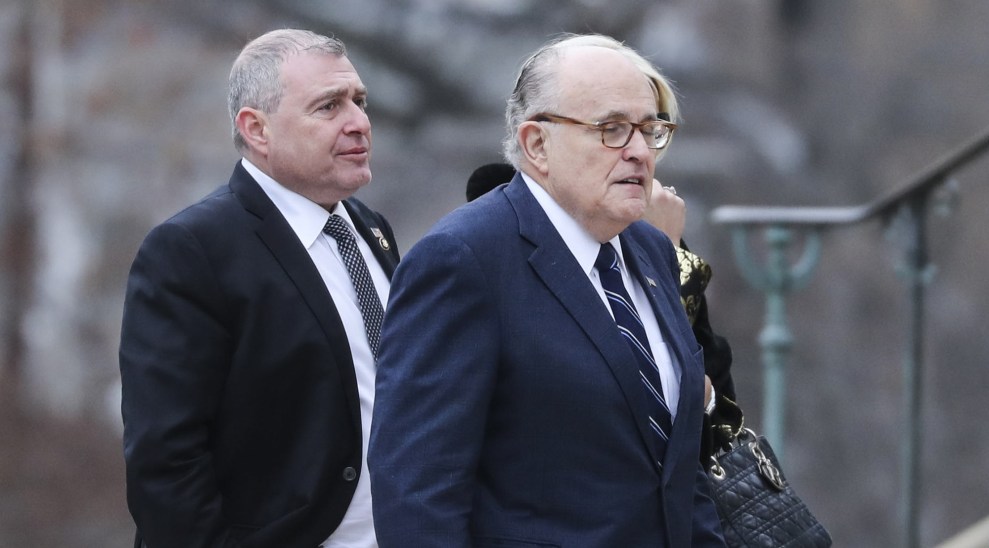 Lev Parnas and Rudy Giuliani at the funeral of George H.W. Bush in December.Alex Edelman/ZUMA

I’ve been asleep nearly all afternoon—thanks, dex!—and upon waking up I find that Rachel Maddow is interviewing Lev Parnas, one of Rudy Giuliani’s many shadowy accomplices in the Ukraine affair. And Parnas is . . . just absolutely dumping on every single person associated with Ukrainegate. Giuliani. Trump. Bill Barr. Devin Nunes. Mike Pence. He’s implicating them all massively in the plan to extort Ukrainian president Volodymyr Zelensky into announcing an investigation of Joe Biden. This goes along with the huge dump of text messages from Parnas and others released today by House Democrats.

This post is just a placeholder. Parnas’s interview with Maddow has been detailed and it seemingly matches up with what we know. But I have no idea how much of it will eventually be corroborated. For now, then, all I can say is that this looks explosive, but it’s best to wait a bit before automatically believing everything Parnas has said. More later.