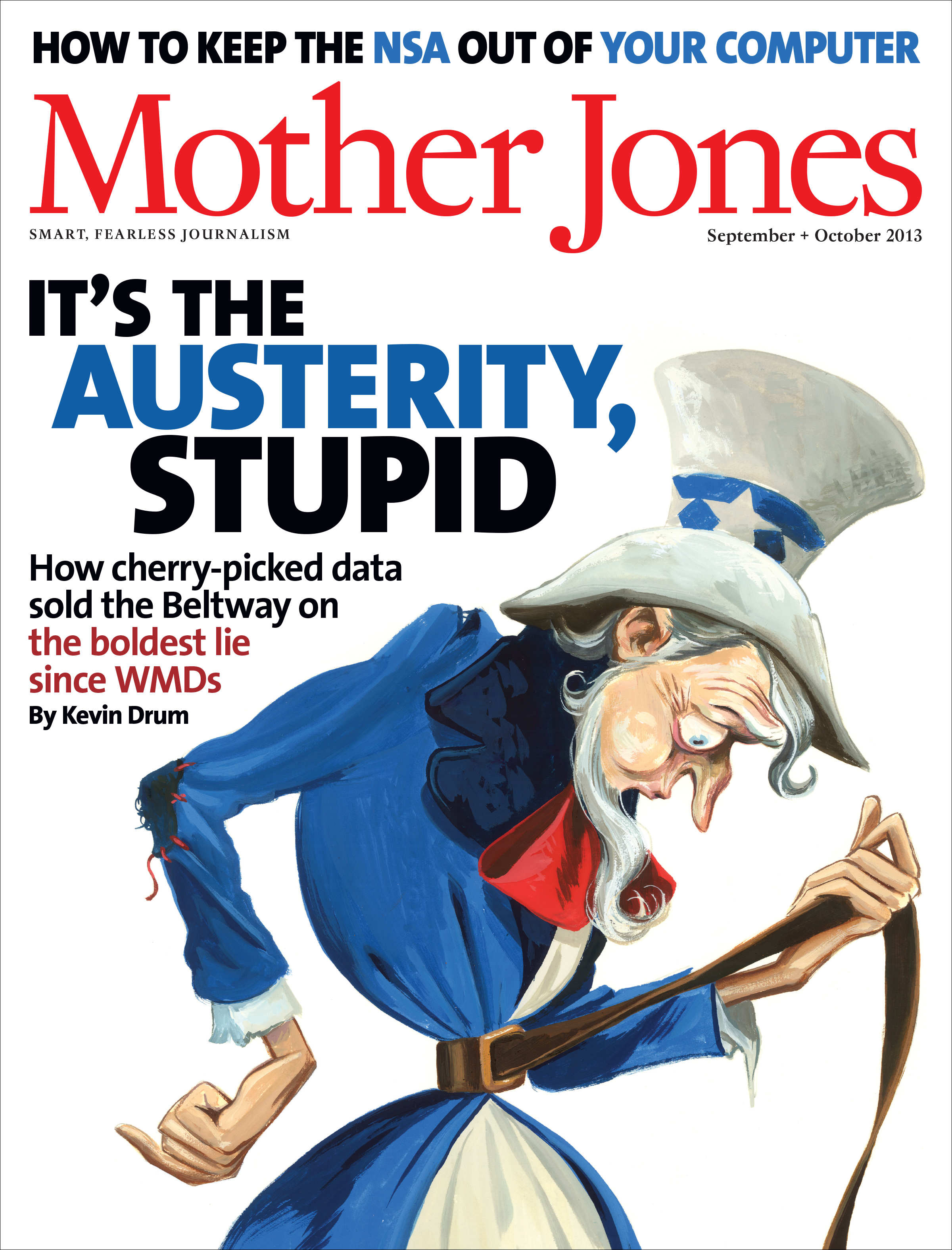 1 Zohar Lazar, who illustrated this issue’s cover story (“Death by a Thousand Cuts“), is frequently featured in The New Yorker, the New York Times, and GQ.

Michael Mechanic (“Let My Papers Go!”) did lots of lab work to earn a master’s in cellular and developmental biology from Harvard; before photographing open-access innovator Michael Eisen, Andy Reynolds taught himself how to fold origami birds.

3 Clive Thompson (“My Own Private Internet“) is the author of Smarter Than You Think: How Technology Is Changing Our Minds for the Better.

MoJo food and agriculture correspondent Tom Philpott (“Talk Dirt to Me“) is a cofounder of Maverick Farms in North Carolina; photographer 4 Tristan Spinski was escorted around David Brandt’s farm by Yankee, the family Weimaraner.

When his car died in Louisiana swampland during Mardi Gras, illustrator 5 Bill Mayer (“Revenge of the Swamp“) called for a tow truck—and arranged for a voodoo ceremony.

After reading Eat, Pray, Love, 6 Maggie Caldwell (“Gather No Moss“) was inspired to try meditation while traveling in Varanasi, India. It didn’t work out.