1973 Erhard drives a black Mercedes with the vanity plate “SO WUT.”

1975 John Denver releases “Looking for Space,” about his est enlightenment. Later, he asks other est grads to stop sneaking backstage.

1976 Ex-Yippie Jerry Rubin recounts Erhard’s spiel: “He listened to people’s miseries…laughed in their faces and screamed, ‘YOU ASSHOLE, YOU CAUSED IT!'” 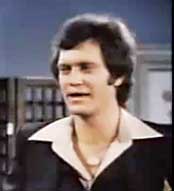 1993 While in Moscow, Erhard appears on Larry King Live; claims Scientologists are out to get him. 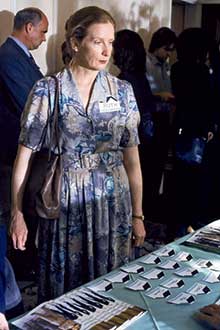 2002 Six Feet Under‘s Ruth Fisher tries the Plan, “one of those ’70s self-discovery clubs that yell at you and don’t let you go to the bathroom for 12 hours.”

2006 Erhard breaks media silence in Transformation: The Life and Legacy of Werner Erhard, a film coproduced by his lawyer.

2007 Erhard unveils new management philosophy coauthored with a Harvard Business School professor and the CEO of Landmark’s consulting arm. Message: “Integrity is the pathway to trust.”

2009 Landmark claims to have trained more than 1 million people.