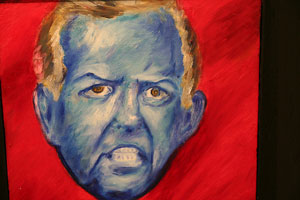 This story first appeared at Alternet

As CNN begins broadcasting its Latino in America series (LIA)—its most important and expensive attempt to capture Latino audiences—Latinos are of one mind about the two faces of CNN. I know this because I just spent the last two weeks traveling the country talking to Latino communities about Lou Dobbs and CNN. I got to meet some of the more than 50,000 people who, in just the last four weeks, have signed our petition at bastadobbs.com.

What I heard among the many voices that make up the Latino United States—Puerto Ricans and Dominicans in New York, Cubans in Miami, Mexicans and Salvadorans and many others in the Southwest—was an unexpected unity and an intense concern about CNN’s Latino hypocrisy: thinking that a few hours of serious reporting on Latinos by sunny Soledad O’Brien can make up for thousands of hours of anti-Latino extremism from the dark Lou Dobbs. This paradox has Latinos everywhere asking questions about CNN—and so far we haven’t gotten much in the way of answers.

One questioner was Latino media executive Jeff Valdez, who, during the Los Angeles LIA screening, pointedly asked Soledad O’Brien, “Will Latino in America include Lou Dobbs?” The answer: no. That’s right, four hours about the Latino experience in the U.S., and not a word on the country’s most notorious anti-immigrant, anti-Latino “news” anchor.

“What do you think Latinos should do about Lou Dobbs?” asked another member of the audience. Obrien’s response—that we should watch and support positive depictions of Latinos like those of LIA—satisfied no one; neither do the rumors that Dobbs has started talking to Fox News about leaving CNN.

At the New York screening of LIA, an audience member asked about how CNN squares Latino in America with the hatred that shows up on Lou Dobbs show every night. Visibly irritated by having to defend CNN over Dobbs, a CNN executive answered, “I have nothing to do with Lou Dobbs. I don’t confer with Lou Dobbs. He has not seen this program. My unit has no contact at all. So I don’t answer that. I don’t have an answer for it.” This, in a nutshell, is the CNN position: when the question is about Lou Dobbs, they have no answer.

Such questions by and about Latinos form part of a larger dialogue that will be at the center of this week’s immigration reform mobilizations as well as in CNN’s LIA premiere next week. At a time when polls indicate Latinos experiencing increased levels of discrimination—a time when hate crimes against Latinos are on the rise—Lou Dobbs’ war on immigrants and Latinos occupies a central place in the hearts and questions of Latinos. People are noticing CNN’s attempt to have its Lou Dobbs cake and have Latinos eat it too.

Among the most creative and committed to bringing CNN’s hypocrisy into the national dialogue about Latinos is 26-year-old Mexican immigrant Arturo Perez, an award-winning filmmaker, who just produced an inspired and inspiring video about CNN’s Dobbs problem. The fantastic film was born during dinner table dialogues about Dobbs that then teenager Perez and his mother held over the course of many years. These dialogues are now taking place in thousands of bilingual households throughout the country.

“We would listen to Lou Dobbs and my mom and I would get very upset,” Perez told me. “Ever since I was a teenager, I got so angry that I sent Dobbs and CNN many emails correcting his “facts” and warning them about the dangers of the kind of lies and hate he spread about Latinos. He never wrote me back. So, now I get to talk to him through my video.” Latinos, it seems, are clearer than ever that, thanks to Lou Dobbs, watching CNN has become an exercise in disrespecting ourselves and denying our dignity.

Of all the questions I heard in my travels, one of them sums up the issue better than all the rest. “Does CNN really believe that they can have it both ways?” asked Guadalupe Vazquez, a Mexican immigrant living not far from CNN’s headquarters in Atlanta. “They’re trying to make money by reporting on us (Latinos) with this (Latino in America) show and with CNN en Espanol at the same time as they’re making money off of hating us with Lou Dobbs!” exclaimed Vazquez, who I met through a community leader in Atlanta. As if speaking for the mass movement calling out Dobbs and CNN, Vazquez added, “I’ll be damned if I allow them to get away with it.”