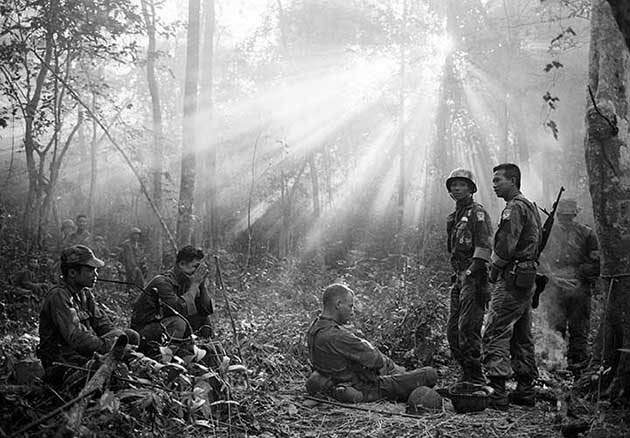 January 1965: Vietnamese and US troops rest after a tense night awaiting a Viet Cong ambush near the village of Binh Gia. Horst Faas/AP Photo

For every Vietnam War image seared into our memory, there are thousands more, documenting our two-decade slog through an ultimately unwinnable conflict. Vietnam: the Real War, a Photographic History by the Associated Press tells this familiar but still compelling story in rich, visual detail, providing a thorough look at the daily life of US and South Vietnamese soldiers in the jungles and rice paddies, and on city streets. The book’s 300-plus photos, all from the AP archives, fill in the moments between the Pulitzer-winning images.

It’s hard to understate the impact photography had on the Vietnam War. When photojournalists talk about making images that inform, foment change, make an impact, this is what they’re talking about. But that was then. For a number of reasons—cable news, Twitter, war fatigue, iPhones, reality TV, etc.—professional photojournalists may never again effect the public’s perception of war the way they did in Vietnam. 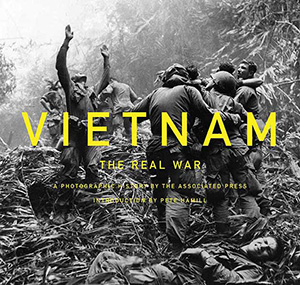 The book begins with the early days of the “French Debacle” (1945-54) and marches us through the fall of Saigon in May 1975. Along the way, you’ll see iconic photos—Nick Ut’s shot of a young girl burned by Napalm, Malcolm Browne’s photo of the burning monk, Eddie Adams’ image of General Nguyen Ngoc Loan’s street execution of a VC official—that changed the way people back home saw and felt about the war. They helped convince the general public—that the United States had no business fighting there. 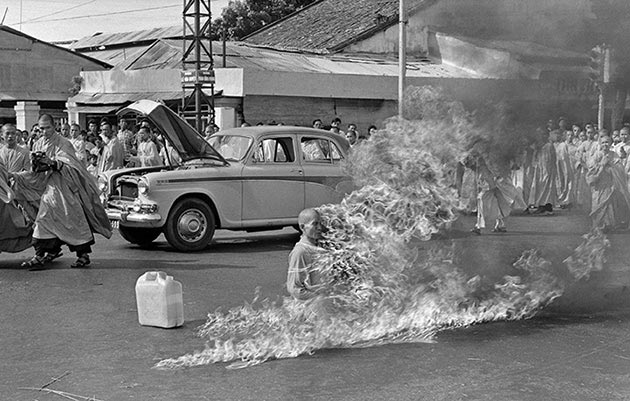 June 11, 1963: A monk torches himself in Saigon to protest the persecution of Buddhists by the South Vietnamese government. Malcolm Browne/AP Photo

The level of skill employed by the AP at the time was second to none. The book includes work from more than 50 photojournalists. You may not recognize their names—Henri Huet, Horst Faas, Eddie Adams, Dang Van Phuoc—but you’ve probably seen their work. Images from North Vietnamese photographers and DC-based AP photographers fill out the history of the war.

Photographers working for other agencies and magazines (notably Life) also produced iconic photos from the war, but negative for negative, the AP’s Saigon bureau had everybody beat—and its photos were published everywhere, from small-town papers to the New York Times. These images traveled; they had impact. 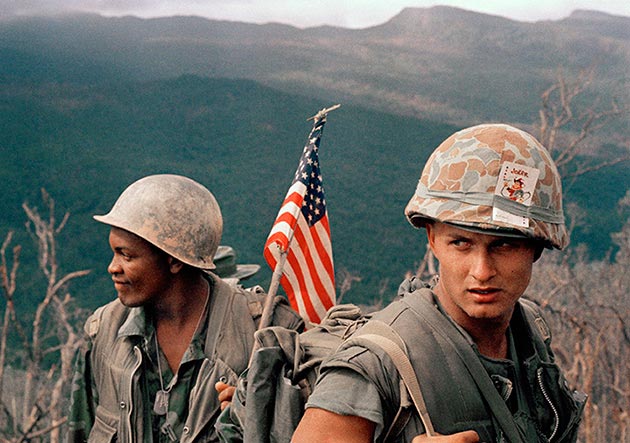 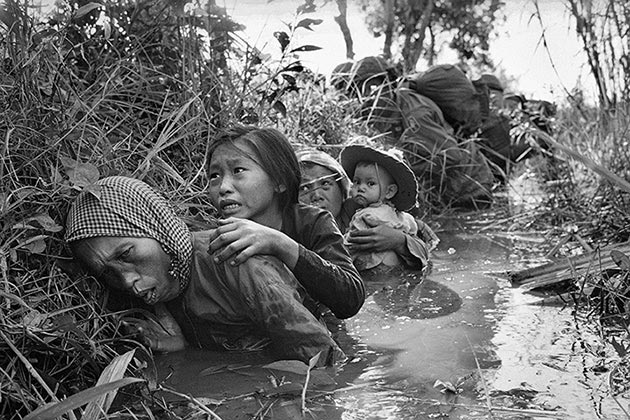 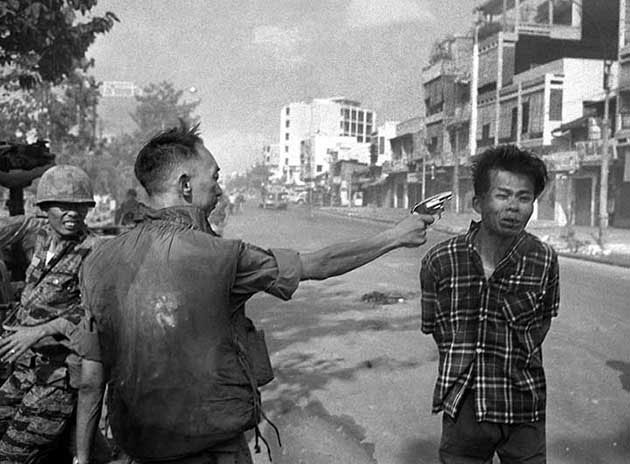 February 1, 1968: The chief of the South Vietnamese national police prepares to execute a suspected VC official. “They killed many of my people, and yours too,” he explained to the photographer before walking away. Eddie Adams/AP Photo

Iconic images aside, it’s the depth of coverage that makes this book special. We get to see what happened before and after the fighting; the wounded soldiers and civilians; the devastated cities and villages; the moments of exhaustion, frustration, terror, shock, and occasionally, of triumph. Most of the photos look like stills from a carefully choreographed movie—indeed, they inspired the filmmakers and cinematographers who gave us the Vietnam War we know from popular culture. 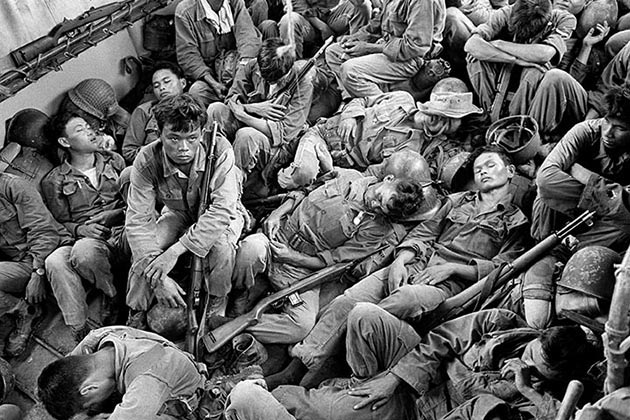 Of course, some might take exception to the characterization of Vietnam as “the real war”—including some of the photojournalists interviewed for Michael Kamber’s exceptional Photojournalists On War: The Untold Stories from Iraq. The invasion of Iraq was all too war. A different kind of war, but war nonetheless. 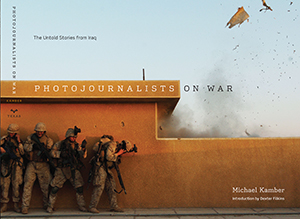 The concept of Photojournalists On War, which was published in May, belies one of the key differences between the two wars. In Vietnam, it was relatively easy to show up and ride a military chopper to and from the front lines, with nearly unfettered access to the troops. In Iraq, the US government instituted the highly controlled system of embedding. The book shows, from embedded and unembedded perspectives, the differences this policy made.

Kamber, who shot in Iraq for the New York Times, interviews photographers from across the spectrum—wire photographers, those shooting on contract for magazines and newspapers, the rare staffer, Iraqi photographers, and plenty of freelancers. By so doing, he gives us a peek under the hood of what it’s like to be a photojournalist in Iraq. Some interviews go meta, discussing the state of photojournalism and war photography. Others focus on a specific photo, relationships with subjects, or how covering the war affected a particular photographer. It’s a fascinating read all around. 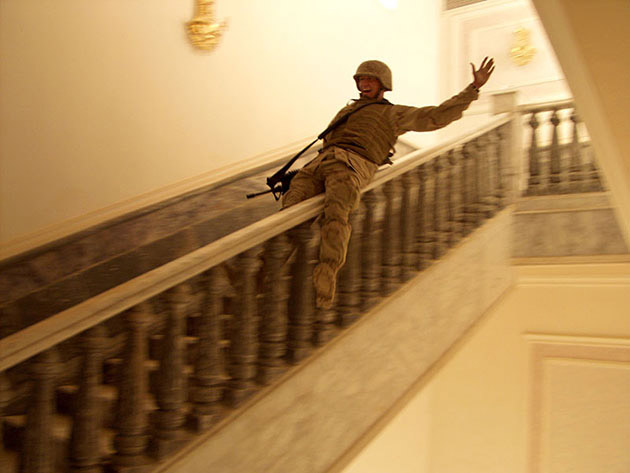 April 14, 2003: A Marine tries the banister at a palace in Saddam’s hometown of Tikrit.
Ashley Gilbertson/VII 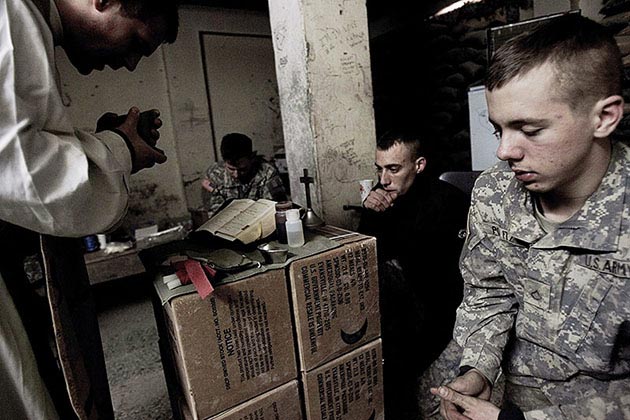 A number of the Iraq photos you may remember, but not in the same way that you remember the iconic images from Vietnam, which we’ve seen over and over. Most of the Iraq images were just published once, and the news cycle marched on. If you missed the relevant issue of Newsweek or Time or the New York Times, that was that. Many of them weren’t even published in the United States—too grisly for the American palette. And others were published for the first time in this book. A number of photographers Kamber interviews say the conflict’s most indelible images were not shot by photojournalists, but by soldiers. The notorious Abu Ghraib collection includes some of the strongest, most shocking photos to come out of that war. 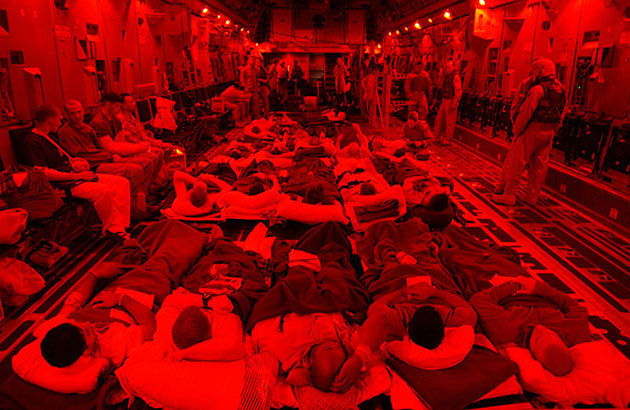 November 13, 2006: Injured troops on a cargo plane at Balad Air Force en route to Germany. (The red lighting indicates that the base is under attack.)  Lynsey Addario/Corbis 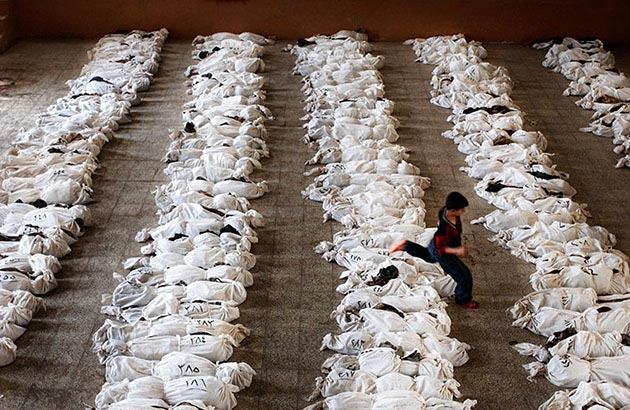 May 27, 2003: An Iraqi child jumps over Shi’ite remains discovered in a mass grave south of Baghdad and brought to a school for identification. Marco Di Lauro/Getty Images

It’s notable how much war, and covering wars, has changed since the invasion of Iraq. It’s a point that’s brought up repeatedly. Ill-defined conflicts such as Libya and Syria are exceptionally dangerous to cover. Since Kamber’s book came out, the photo world—hell, all of us—have lost Chris Hondros and Tim Hetherington, two of the best photojournalists of our era, if not of all time. Hondros’ interview haunts the book. Then again, every war has its journalist casualties. Vietnam took Robert Capa, Larry Burrows, Sean Flynn and dozens more. Among those killed in the bloody Central American wars of the ’70s and ’80s, El Salvador claimed John Hoagland, father of Eros Hoagland, who followed in his father’s footsteps and is included in Photojournalists On War. And more than 150 Iraqi journalists lost their lives covering war on their home turf. 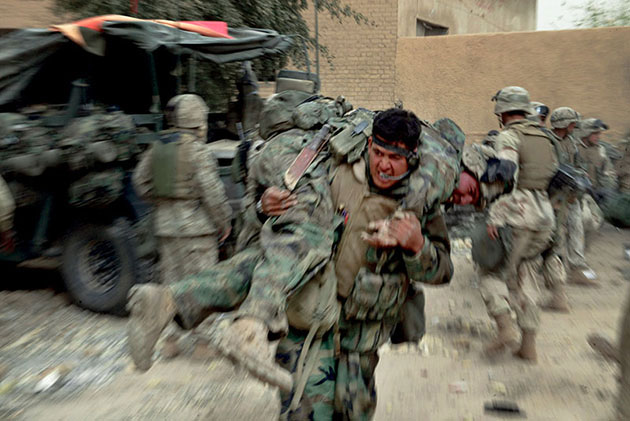 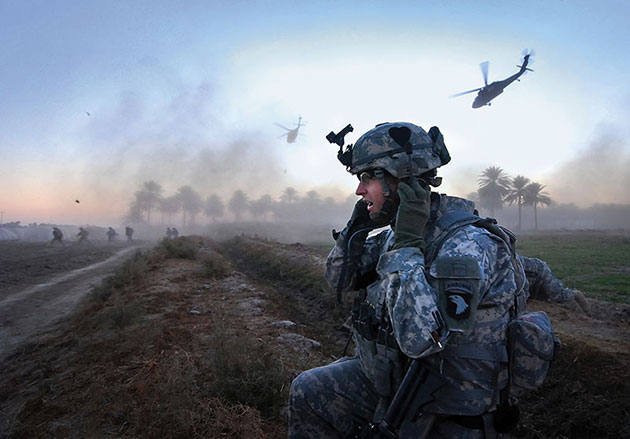 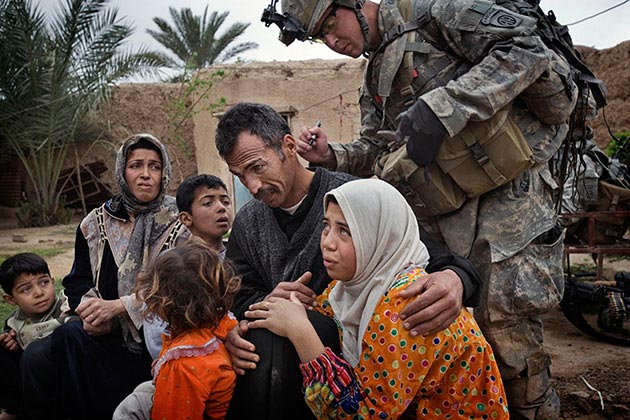 March 24, 2007: US soldiers attend to a comrade shot while battling insurgents in Qubah.
Yuri Kozyrev/NOOR 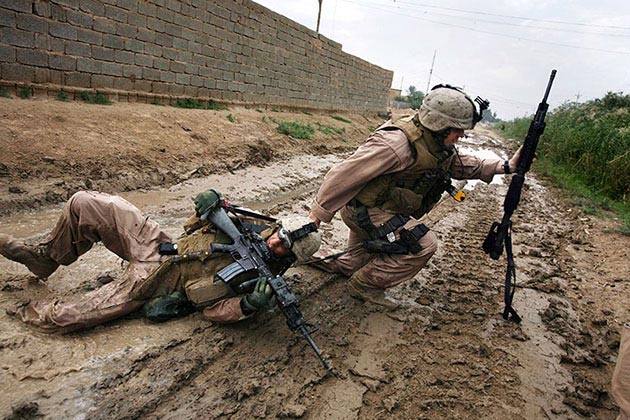 If anything, the interviews help wear the shine off the perceived glamor of being a war photographer. Sometimes explicitly, sometimes less so, they press the point that you never come back the same person you once were.

Images from Vietnam: The Real War will be on exhibit at the Steven Kasher Gallery October 24 through November 26. That’s pretty remarkable, when you think about it: Photos created decades ago by a workhorse news agency are now hanging in a New York gallery.

And although the Photojournalists on War book has been out for awhile, you owe it to yourself to pick up a copy. It is easily the best book on photography from the Iraq War and among one of the best war photography books ever.