Among those upset by the unflattering comparison was Fox News’ Tucker Carlson, who on Wednesday invited USA Today‘s deputy editorial opinion editor, David Mastio, to join his show and debate Bannon’s record. That’s when Carlson offered up the following chart: 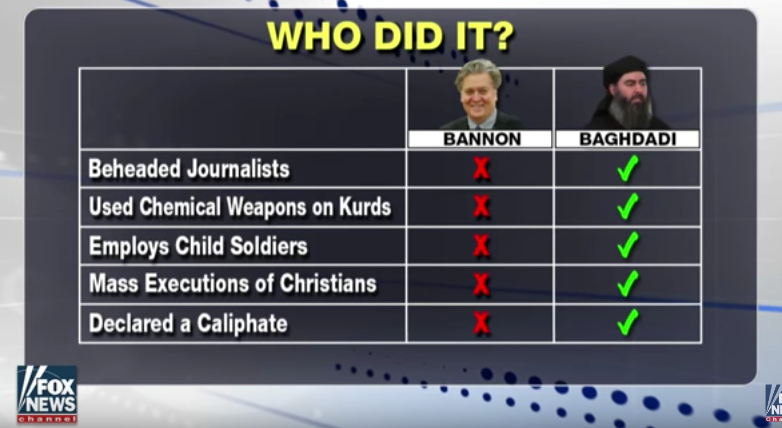 The graphic was roundly mocked on social media, where many skewered Fox News’ absurd effort to present Bannon as an innocent in comparison to a despot and generally missing the point of the editorial.

Here’s another graphic you can use @FoxNews @TuckerCarlson pic.twitter.com/mMe56zG1QK

Sunday’s editorial followed the reports—including this Mother Jones story—outlining Bannon’s record of promoting anti-Islamic propaganda during his tenure as Breitbart CEO and his long-standing predictions of the arrival of a “Judeo-Christian war” against Islam.