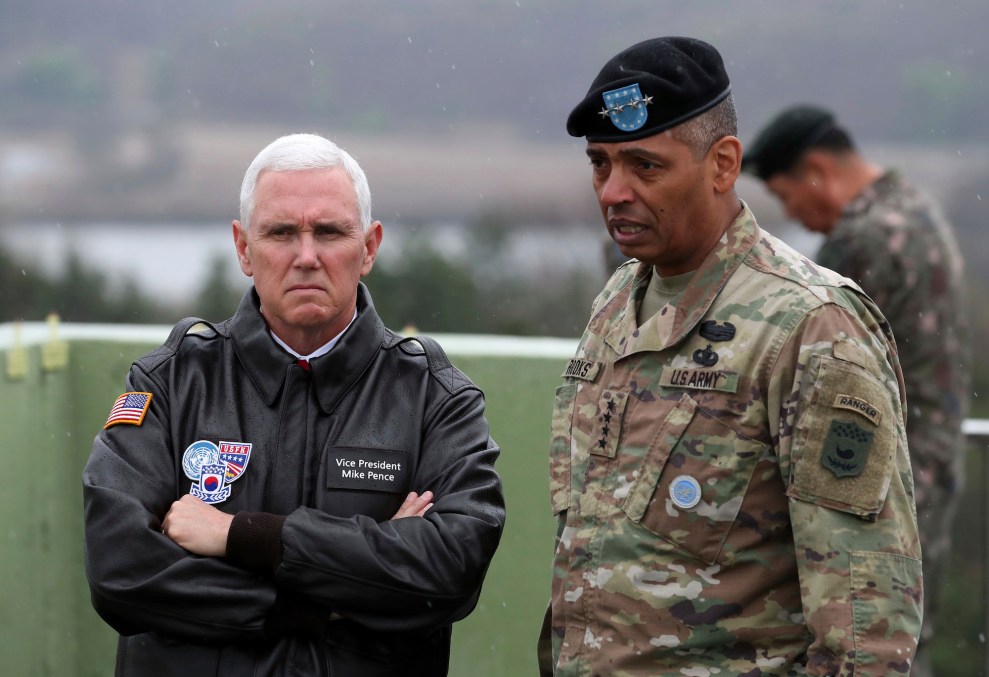 Vice President Mike Pence arrived at the Korean border Monday, where he warned North Korean leader Kim Jong-un that the United States was prepared to “abandon the failed policy of strategic patience” following Pyongyang’s failed missile launch this weekend. The word of caution came amid escalating tensions between the two countries, and the possibility of military retaliation against North Korea for the recent provocation.

While resulting headlines conveyed the administration’s tough stance, on social media, the vice president’s stern message was obscured by the fierce facial expressions he displayed during his trip to the DMZ.

Pence: See, if we just drop a few MOABs *rights over there*, yes, by that empty field, we can raise Trump’s approval numbers 10 points… pic.twitter.com/VTmt38cZ0t

Pence: The era of strategic patience is over.

On N Korea, I mean.
Not, say, climate change.
Plenty of strategic patience there.

Mike Pence wants to bring freedom to North Korea.
As long as it’s not, y’know, the gay wedding cake kind of freedom.

Your VP Mike Pence, dressed up in a leather jacket to hand out threats to North Korea https://t.co/lJGfBoTeSl pic.twitter.com/WaQ5egLEYS

Pence can at least take comfort in knowing his angry arm-crossing was swiftly upstaged by his boss’s gaffes at his first Easter Egg Roll.